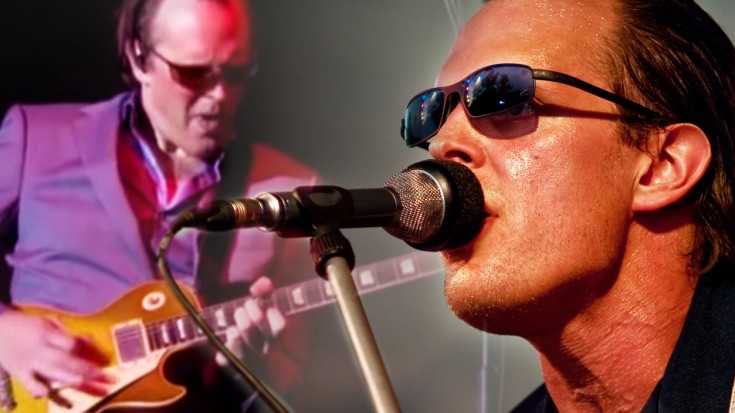 At 38 years old, blues rock prodigy Joe Bonamassa has done it all; with a resume that boasts opening up for B.B. King at age 12 and that same year, gigging around the East Coast on weekends, it’s pretty safe to say that there’s no professional surface that Joe hasn’t scratched just yet. However, even greats like Bonamassa have their own heroes, and for him, it was Led Zeppelin.

A huge fan of the blues soaked brand of rock and roll Led Zeppelin rolled out, Bonamassa is featured in this exclusive concert footage jamming to ‘Tea For One’; a favorite for Led Zeppelin fans, but one that hasn’t been played live as a standalone by the band since 1996.

Fun Fact: ‘Tea For One’ was recorded at Musicland Studios in Germany, with Plant in a wheelchair the whole time from injuries sustained in a car accident.

It’s in this performance that we’re allowed to see the Joe Bonamassa that was fiercely inspired by greats like Jimmy Page – from his innovation to his technique, Bonamassa salutes Page as one of the greatest guitar players in the world with this outstanding performance. While we love Bonamassa’s original material, there’s something incredibly special about watching him live out his boyhood dreams and jam out the way we’re sure he did as a youngster, long before sold out concerts and platinum albums were even a remote possibility.