Just As Kelly Osbourne Sits Down, She Gets A Text And Is Startled To See Who It’s From… 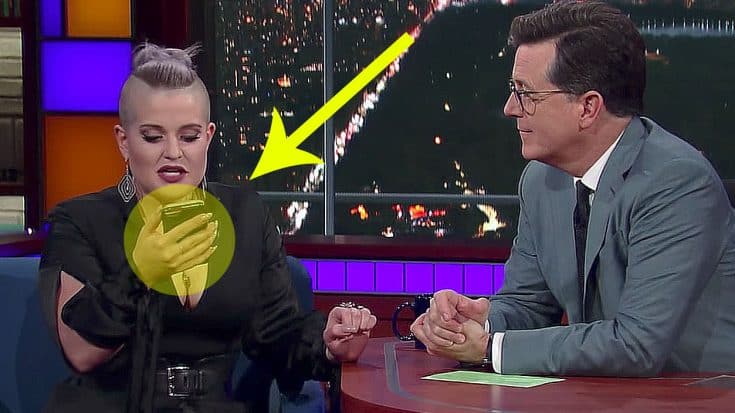 What An Amazing TV Moment!

Right at the start of the interview, Kelly Osbourne notices that her phone goes off and wouldn’t you know it, it’s a text from her dad, the legendary Ozzy Osbourne.

Now you may be wondering, what would Ozzy want to say to her daughter while she is on live TV? Well, if you know anything about Ozzy Osbourne then you’d know that he is unpredictable. You just never know what he’ll do or say. That much is ever so true here, only it’s what he texts Kelly that makes the audience blush. See for yourself!