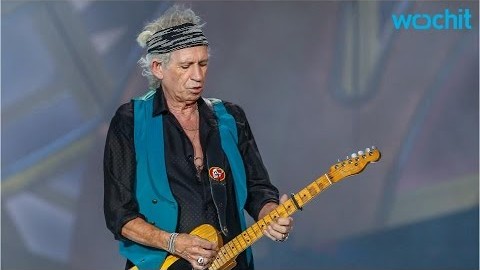 As someone who’s partly responsible for creating some of the most unforgettable and distinctive riffs in Rolling Stones songs, it’s unsurprising that Keith Richards has his own favorites. He reveals it in an interview with Guitar World. Let’s take a look at this list:

The band’s most iconic and enduring song will definitely make it to this list.

“When I wrote the song, I didn’t think of that particular riff as the big guitar riff,” Keef said. “That all fell into place at RCA [recording studio in L.A.] when Gibson dumped on me one of those first Fuzz-Tone pedals. I actually thought of that guitar line as a horn riff. The way Otis Redding ended up doing it is probably closer to my original conception for the song. It’s an obvious horn riff.”

Most of their songs had misogynistic lyrics, but this was an exception. It was about a housewife who abused pharmaceutical drugs.

“It was just one of those things where somebody walked in with it and we went, ‘Look, it’s an electric 12-string,’” Richards explained. “It was just some gashed-up job. God knows where it came from or where it went, but I put it together with a bottleneck and we had a riff that tied the whole song together. There’s probably some gypsy influence in there somewhere.”

The song is about grief and loss. Compared to their other tracks, this one was rather dark (well, duh).

“Brian [Jones] got into the sitar and used it on a few things, like ‘Paint It Black,’” Richards recalled. “I found it an interesting instrument, the idea of the sympathetic strings underneath that resonate to the strings on top.”

So who was Jack Flash? Apparently, he’s Richards’ gardener.

“We had my guitar in open tuning, and I started to fool around with that,” Richards said. “[singing] “Jumpin’ Jack…” and Mick says, “Flash.” He’d just woken up. And suddenly we had this wonderful alliterative phrase. So he woke up and we knocked it together.”

5. Sympathy for the Devil

“Mick brought that to the studio as a very Bob Dylanish kind of folk guitar song, and it ended up as a damned samba,” Richards revealed. “I think that’s the strength of the Stones: give them a song half raw and they’ll cook it.”

The band’s “most political song”, it was originally titled “Did Everyone Pay Their Dues?”

“When we went in the studio, we just couldn’t reproduce the sound of the original demo I did on cassette,” Keef admitted. “So we played the cassette through an extension speaker and I played along with it – we just shoved a microphone into an acoustic and overdubbed it onto the track from the cassette.”

This one is a classic through and through. During recording, Richards didn’t know whose guitar he played.

“Some guy crashed out at my pad for a couple of days, then suddenly split in a hurry and left that guitar behind, like, ‘take care of this for me’ I certainly did,” he revealed. “At the very last note of the take, the whole neck fell off. You can hear it on the original track. That guitar had just that one little quality for that specific thing. In a way, it was quite poetic that it died at the end of the track.”

8. Can’t You Hear Me Knocking

This highlighted Richards’ mad axeslinging skills, so it’s no surprise that it’s one of his favorites.

“On that song, my fingers just landed in the right place and I discovered a few things about that [five-string, open G] tuning that I’d never been aware of,” he recalled. “I think I realised that even as I was cutting the track.”

The band added elements of disco for this ’70s song, but not everyone’s a fan.

“That was basically Mick’s song,” Richards shared. “He said, “Let’s try this disco shit out.””

“The guitar riff basically suggested itself from the melody Mick was singing,” he added. “I just shadowed that and ran it behind the voice. It’s just a piece of fun, that song.”

Speaking of recognizable riffs, we cannot leave this classic out.

“The fact that I missed ‘Start Me Up’ for five years is one of my disappointments,” Richards mused. “It just went straight over my head. But you can’t catch everything.”