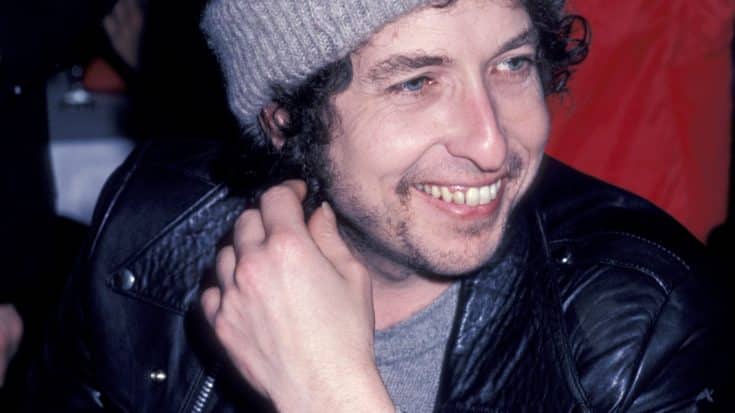 Bob Dylan will always be remembered as the greatest songwriter of all time. He wrote about everything — his thoughts on current issues, his experiences, and most of all, he wrote about themes that resonate with pretty much everyone in the world. And perhaps there’s nothing more universal than love.

Let’s take a look at some of the greatest love songs he has written.

Featured on his 1976 album “Desire,” it was written during a period of estrangement with his then-wife, Sara. Collaborator Jacques Levy revealed that she was there in the recording studio when Dylan played the song.

“You could have heard a pin drop,” Levy said. “She was absolutely stunned by it.”

He wrote it on Thanksgiving Day in 1965. Some speculated it was inspired by Warhol factory pin-up girl Edie Sedgwick while others believed it was about Dylan’s relationship with Joan Baez.

Dylan once played it to George Harrison and his wife, Pattie. The Quiet Beatle loved it so much that he learned to play it for himself. Dylan also never said who the song was for.

4. Girl From The North Country

He wrote this after his first trip to England in December 1962. Like his other songs, fans debated who he referred to in the lyrics – former girlfriend Echo Helstrom, American activist Bonnie Beecher, or his then-girlfriend, Suze Rotolo.

Dylan has always been such an amazing storyteller, and it’s in full display here. It’s about two lovers on the run.

6. Sad-Eyed Lady of the Lowlands

The closing track on his 1966 album “Blonde on Blonde,” this is once again about his then-wife, Sara Lownds.

“It started out as just a little thing,” Dylan said, “but I got carried away somewhere along the line.”

As expected from the title, there’s Greek god imagery and so much more. As far as love songs go, Dylan always had a unique and refreshing take on it.

8. She Belongs to Me

The Velvet Underground’s John Cale claimed that the woman referred to in the lyrics was German supermodel and VU singer Nico. But since Dylan neither confirmed nor denied it, some thought it was again Joan Baez.

The melody of this bittersweet ballad was inspired by folk singer Martin Carthy’s arrangement of the traditional “Scarborough Fair.” The amazing storytelling coupled with the emotive guitar playing just took this song to the next level.

This song is sweet and sensual. Dylan once explained about the “yellow railroad” in the lyrics.

“That’s about as complete as you can be,” he said. “very single letter in that line. It’s all true. On a literal and on an escapist level…. Getting back to the yellow railroad, that could be from looking someplace. Being a performer, you travel the world. You’re not just looking out of the same window everyday. You’re not just walking down the same old street.”

“So you must make yourself observe whatever,” he continued. “But most of the time it hits you. You don’t have to observe. It hits you. Like, “yellow railroad” could have been a blinding day when the sun was so bright on a railroad someplace and it stayed on my mind…. These aren’t contrived images. These are images which are just in there and have got to come out.”