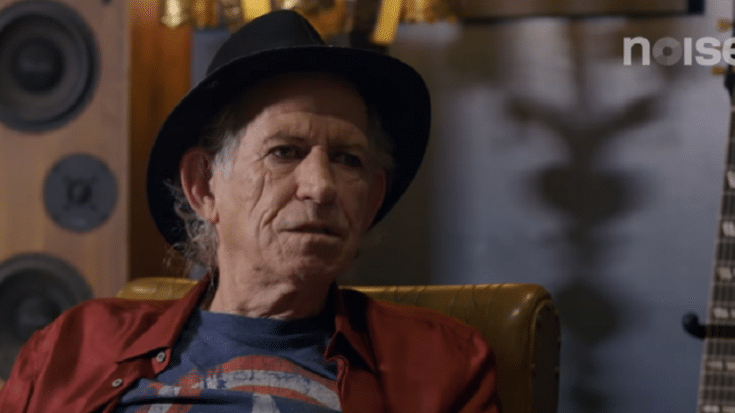 Even with Mick Jagger’s recent health scare, it looks like bandmate Keith Richards finds it hard to turn his back on some of his unhealthy ways. He spent decades living a life full of hedonism and debauchery and yet, it seems like old habits truly die hard. Last year, he announced that he already started curbing his drink.

“It was time to quit. Just like all the other stuff.

“You can call it that, yeah. But I don’t notice any difference really – except for I don’t drink. I wasn’t feeling [right]. I’ve done it. I didn’t want that anymore.”

But just this January, he revealed that he struggles with kicking his smoking habits.

“I have tried. So far, unsuccessfully. Lou Reed claimed nicotine was harder to quit than heroin. It is.

“Quitting heroin is like hell, but it’s a short hell. Cigarettes are just always there, and you’ve always done it. I just pick ’em up and light ’em up without thinking about it.”

And with a recent photo he posted on Instagram, it looks like he’s unsuccessful in totally going cold turkey. The picture is of him and Gary Clark Jr. lounging in the backstage of Gillette Stadium holding a cigarette. Yup, totally normal, totally typical Keef.

Great to see you Gary! Thank you for joining us on Ride’em on Down! @garyclarkjr