Keith Richards Looks Back On His Friend, George Harrison 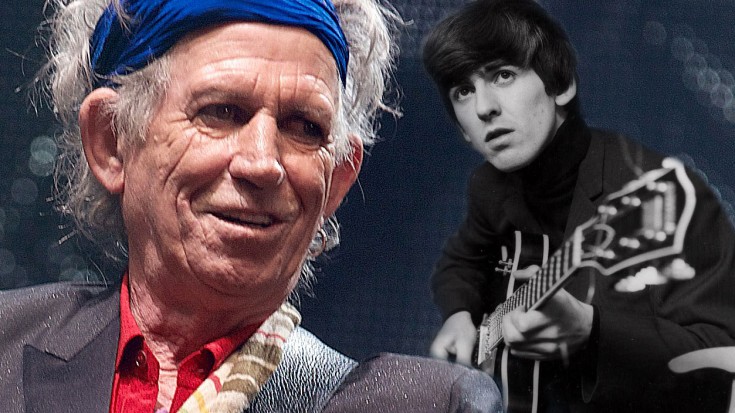 “What A Gentle Soul…”

Classic rock fans get so caught up in the “rivalry” between The Rolling Stones and The Beatles that it’s easy to forget that at the end of the day, all of those guys were great friends! Keith Richards and George Harrison enjoyed a friendship with him that endured until George’s death in 2001, and in this exclusive interview we get to hear Keith speaking fondly of his old friend. It’s a real testament to George Harrison’s character that hardly anyone who knew him had a bad word to say about him – he was just that gentle!

“We both felt we held similar positions in our respective bands, which formed a special knowing bond between us. Let’s hope he’s jamming with John.” – Keith on George’s legacy and their friendship.

From George’s “thin” guitar sound of the early 60’s to his amazement with the resemblance shared by both George and his son Dhani, you won’t want to miss Keith Richards sharing his favorite memories of his old friend and our favorite Beatle!