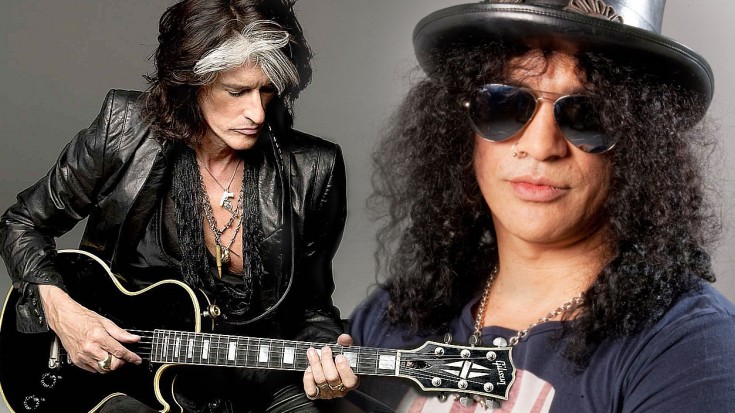 Not only is Slash a world-class musician and die-hard Aerosmith fan, but he’s apparently also one of the nicest guys in the world! On Conan, Aerosmith’s Joe Perry tells the heartwarming story of how hard times forced him to sell his beloved 1959 Gibson Les Paul – the one he used for every iconic Aerosmith song of the 1970’s – and how a random Slash centerfold in a guitar magazine brought it back to him.

“His heart is so big, I don’t know how it fits in his chest.” – Joe on Slash’s giving nature.

This interview with Joe Perry is one that’ll make you laugh at times, but mostly it’ll just make you smile. Good samaritan acts aren’t limited to mere mortals, and somehow it’s even better when they’re done by the people we look up to the most!