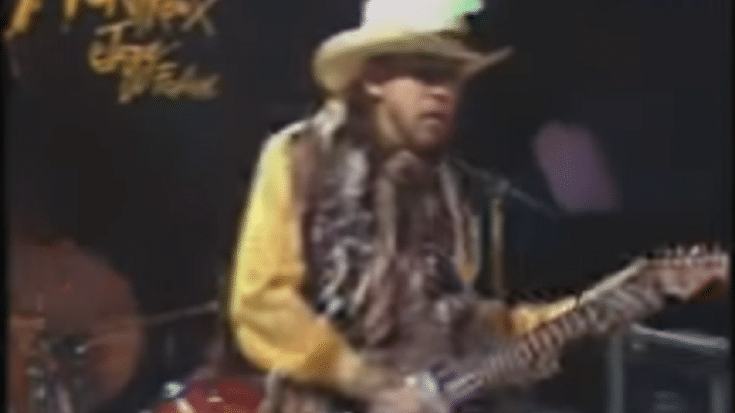 Can’t Get Any Better Than This!

“Say What!” was written by Stevie Ray Vaughan himself and is the opening track to his third studio album “Soul to Soul.” It was released on September 30, 1985 under Epic Records and SRV wrote four of the ten songs. He recorded it along with his band Double Trouble in the Dallas Sound Lab in Texas.

[The album is] noted for its extremely technical nature and heavy use of the wah-wah pedal.

The album received five out of five stars from the UK-based magazine “Kerrang!” and “Scuttle Buttin'” on the other hand, was included in SRV’s second studio album “Couldn’t Stand the Weather.” It was released on May 15, 1984 and earned the 31st spot on the Billboard 200.

During January 1984, Vaughan and Double Trouble spent 19 days at the Power Station in New York City. John Hammond was executive producer and supervised the sessions.[1][2]

The first track recorded was the old blues standard, “Tin Pan Alley”, which was done in one take. Hammond said into the talkback microphone, “That’s the best you’ll ever get that song. That sounded wonderful.”

Let’s travel back in time and watch this fantastic live performance by SRV!