Just Hours After His Passing, Fans And Fellow Rockers All Came Together To Honor Tom Petty 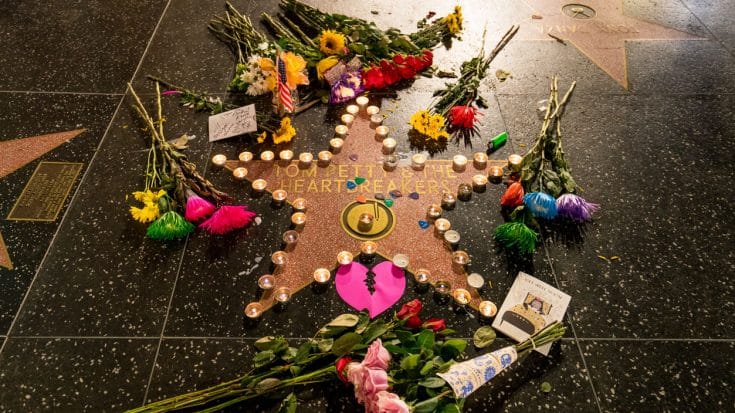 At the time of this writing, we are just hours removed from Tom Petty’s sudden and tragic passing. It truly goes without saying that Tom Petty was, is, and always will be one of the most iconic and influential musicians of all time. He had a style and charisma that was often imitated, yet never duplicated. He was one of the best, pure and simple.

Since the heartbreaking news of his passing broke, fans and fellow rock legends alike have all come together to pay tribute to the rock legend. Many of them took to Twitter to offer their kind words, and others have gone above and beyond to visit his star on the Hollywood Walk Of Fame.

Sending love to Tom Petty and his family at this difficult time.

I'm crushed…
Praying for all those affected by Vegas last night.
And now the loss of one of my great influences Tom Petty today.
-JBJ pic.twitter.com/inkGqbMvD1

“Very sad to say goodbye to Tom Petty, he was a kind and generous man, an excellent musician…" – pg. In full https://t.co/Wd4Amhqm2M pic.twitter.com/fLVzrXjpOs

Just when I thought today could not get any worse…
R.I.P. Tom Petty. Thank you for your beautiful music and inspiration.

Tom's music means the world to me and my wife, Julie. He is her favorite artist.. We are just devastated to hear of our friend's passing. pic.twitter.com/13UnJMMff2

#TomPetty was the Edward Hopper of American songwriters. He was a certain kind of bird that had no legs so he could never land on this earth; he lived his whole life in the sky. And now he will spread his wings and sleep on the wind. His name is written in the stars #TomPettyRIP

Down here on E Street, we’re devastated and heartbroken over the death of Tom Petty. Our hearts go out to his family and…

I am shocked and saddened to hear about Tom Petty, a dear friend and a great musician. It was… https://t.co/ezVec4yY3l

SAD SAD. day. I just heard Tom passed.
One of the great ones.
Thank you for all the great music T- Rest in peace.

Shocked and so sad at the passing of Tom Petty. RIP. Bri

Shocked & upset 2 hear about #tompetty 'we got lucky when we found u….’…RIP https://t.co/MlqRwhKEWC

God bless Tom Petty peace and love to his family I'm sure going to miss you Tom ?✌️?????☮️ pic.twitter.com/CktFyhBdxT

So sad about Tom Petty, he made some great music. Thoughts are with his family.

RIP Tom Petty My deepest condolences to his family and all of the Heartbreakers!

Tom Petty's music and songs are timeless. He was a wonderful writer, musician and singer. Irreplaceable and unique. #RIPTomPetty pic.twitter.com/SuIvDPOtIb

No! We have lost Tom Petty. From our opening act in the seventies to becoming a brilliant songwriter and performer I have loved his music. pic.twitter.com/yhyPCfm2l6

Such sad news today. Our thoughts are with Tom Pettys family, friends and fans…. https://t.co/yYpoukeTKJ

There have also been many tribute performances surfacing in a matter of hours in the wake of this sad news. Acts such Coldplay, Corey Taylor, and many others have performed covers of Tom Petty’s songs.

It just simply goes without saying that Tom Petty will be missed more than words can describe. RIP, friend.