After The President’s Latest Actions Regarding Healthcare, Nikki Sixx Blasts Trump In His Latest Interview 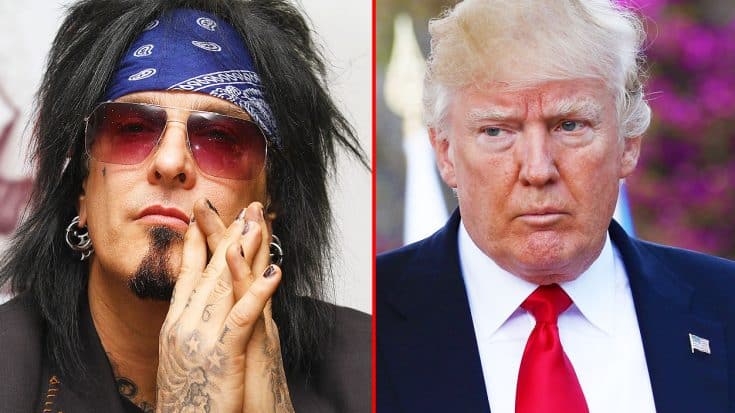 “Secrecy and silence lead to noting….”

Once again, President Donald Trump has found his way back into the news. Surprise, surprise, right? Whether he does something good, or bad, the President will always be in the limelight, because that’s just something that comes with the position.

This time, it’s for his handling of the opioid crisis, specifically with him slashing the 2018 Medicaid budget. Sixx sounded off in an interview with the Los Angeles Times, and didn’t hold back his anger.

“Opioid abuse isn’t just making addicts sick, it’s making America sick. Now President Trump wants to slash the 2018 Medicaid budget. He’s suggesting deep cuts in funding for treatment, prevention and addiction research. And Attorney General Jeff Sessions wants to fill federal prisons with drug addicts instead of getting them help….Trump makes a show of concern. He convened a commission in March charged with studying the problem, and he has promised to declare opioid addiction a national emergency, which would free up resources for the battle. But he has failed to file the proper paperwork.“- Sixx said.

“Congress and the administration must approve a 2018 budget that provides sufficient funding for Medicaid. Of the 2 million Americans in treatment for opioid addiction, approximately 30% receive Medicaid. We must not make it harder for the most vulnerable addicts to obtain treatment.“- Sixx said.

In addition, Nikki blasted Trump and Congress for blaming the opioid epidemic on foreign cartels. Being a person who struggled with drug addiction, he knows first hand that the epidemic lies with in.

“Addiction cannot be solved behind closed doors. It’s a sickness, a systemic failure and a societal problem. Individuals are responsible for their own recovery, but too often, we struggle and suffer—as we sin—in secrecy and silence. Secrecy and silence do not lead to solutions.“- Sixx said.

What do you think about Sixx’s points? Let us know.