Dave Grohl’s Perfect Impression Of Christopher Walken Is The Best Thing You Never Knew You Needed! 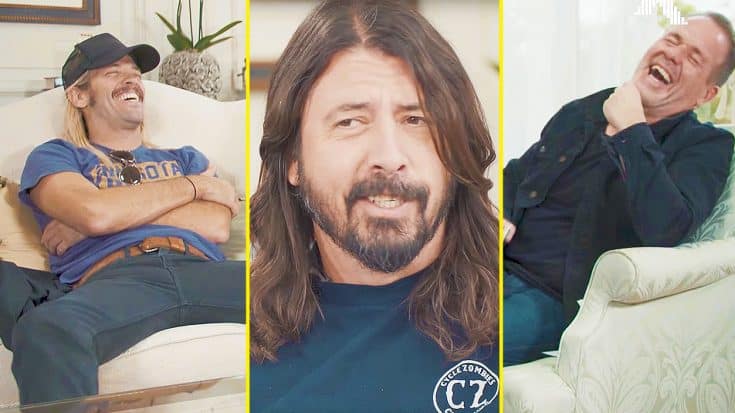 If you complied a list of the most impersonated celebrities of all time, there’s no doubt that Christopher Walken would be on that list. Walken is an amazing actor, who has been involved in some of the biggest Hollywood blockbusters of all time.

One thing about Walken, however, is his incredibly distinct voice. Almost everyone has a Walken impression, and in a recent interview, Foo Fighters frontman busted out his and we have to say, it’s better than we ever imagined. Dave told the story about when the Foo Fighters did Saturday Night Live back in the day, Walken was the host. They were recording one of the preview commercials for the show, and Walken asked the Foo’s if the accent on their name was on the “Foo” or “Fighters.” Dave told him it was on the “fighters,” because they thought it would sound funny with the way he would say it. Obviously it was hilarious, and Dave’s perfect impression of it will have you in stitches from laughter!

Check out the awesome clip down below and let us know what you think!