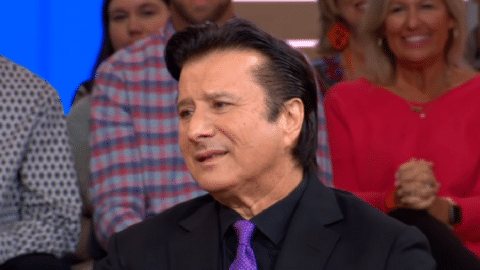 He Gets Paid More Too

Journey made headlines last week when Neal Schon and Jonathan Cain sacked longtime members Ross Valory And Steve Smith following accusations of an “ill-conceived” coup so they could take over the trademarked band name. Schon and Cain also sought damages in excess of $10 million. But while that alone is shocking, the court documents revealed so much more – including the terms after frontman and lead singer Steve Perry left the group.

Schon, Cain, and Perry licensed “Journey” in 1986. But with Perry’s departure, they amended the contract and allowed Schon and Cain to take control of the name but it came at a price.

For the first two albums post-Perry, they need to pay the former frontman 50% of the net income due to Schon or Cain, whichever is higher. For their third post-Perry album it’s 25% and 12.5% for their next studio efforts. That’s not all. Perry also makes a ton of money with their concerts even though he has long stopped performing with them live.

For their first two tours sans Perry, he was to be given 50% of the net income. Then, 25% for the next trek and 12.5% for every tour following that. The net income “shall mean Schon or Cain’s share, whichever is greater, of all revenues earned.”