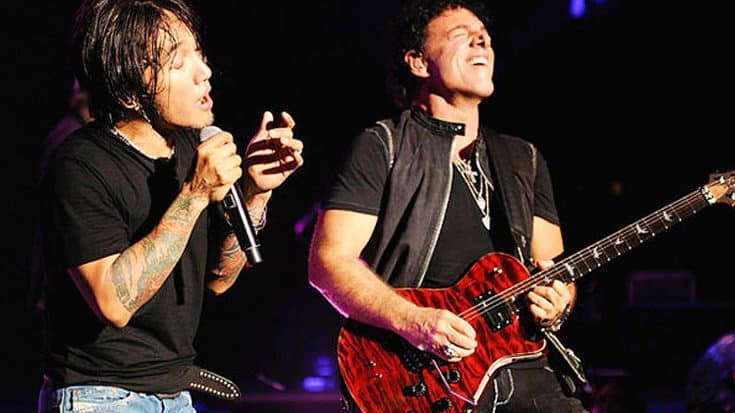 A special homage to a legend

A few month ago, the world sadly lost Asia bassist John Wetton. Wetton lost his battle to colon cancer on January 31st, and the band was left in a rough spot. Prior to Wetton’s passing Asia had just announced a joint tour with Journey. Many thought the tour would be cancelled, but the bands decided to continue on.

A few nights ago, the tour opened up in Yakima, Washington and both bands crushed an amazing performance! Journey decided to pay special tribute to Wetton with a beutiful rendition of their song “Lights.” Guitarist Neal Schon introduced the song, and gave a touching dedication to their fallen friend. Even though he wasn’t a member of Journey, they still respected him and saw him as a close friend.

Fun Fact: “Lights” is a ballad about Los Angeles.

When they began to play the song, every member of the audience pulled out a lighter, or their cellphone and lit the sky up for Wetton. It was an emotional moment, but the perfect homage to the late legend.

@JourneyOfficial @NealSchonMusic dedication of “Lights” to John Wetton and the 10000 crowd responds with lights. pic.twitter.com/2ubEDWR4pU

Check a similar performance down below and let us know what you think!