Rare Video Emerges Of Prince Jamming On The Drums, And We Can’t Get Enough Of It! 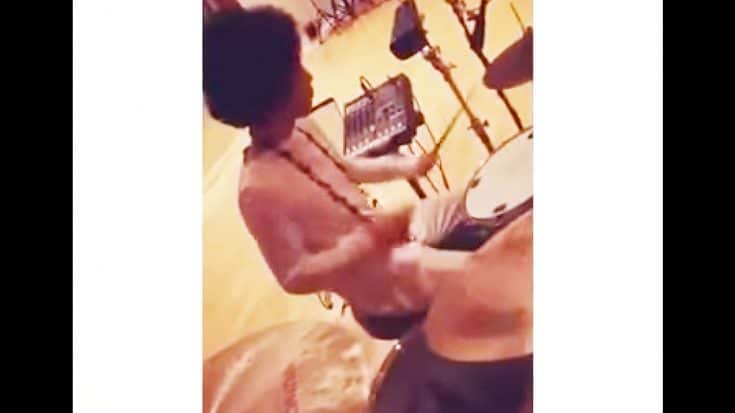 He was a real talent!

We all know how incredibly talent Prince was. He could sing, he could dance, he could shred the guitar, and we was just a pure musical genius. He could play 27 different instruments, and on his first album, he played all 27 of them by himself.

Although there isn’t much footage out there of Prince playing anything else but the guitar or piano, we’ve come across a brief clip of him showing off his skills on the drums! This 15 second clip shows Prince in all white, with his afro sitting at a kit and simply messing around with a few beats! The space he’s playing in looks like a rehearsal studio, and this looks to be filmed sometime around 2014, or 2015.

His skills on the drums are pretty badass! In this video, he’s only playing simple beats, but it still sounds groovy as hell! Check out the video down below, and let us know what you think!