Jon Bon Jovi Crashes Wedding, And Things Get Awkward – See The Moment That Made Us Cringe 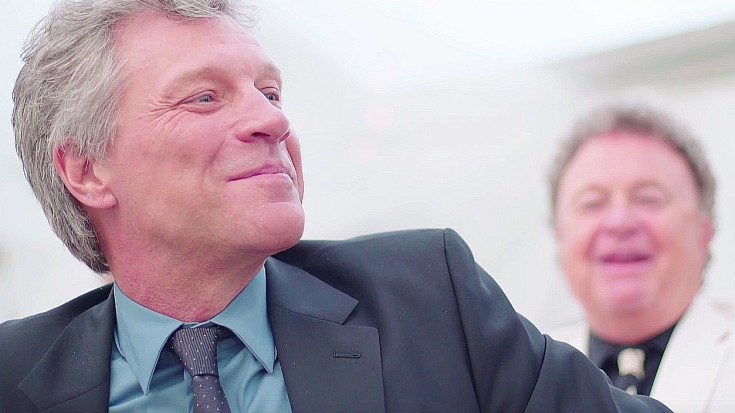 One of the universal things about weddings is that no one really likes wedding singers or wedding bands. There’s something about a guy in a cheap tuxedo singing 80’s power ballads or OutKast’s “Hey Ya” that turns weddings from joyous occasions into these horribly awkward events, but thankfully we’ve never experienced a wedding as awkward as the one Bon Jovi singer Jon Bon Jovi went to this weekend! While at a wedding over the holiday weekend, Jon looked on in horror as the wedding band launched into a stumbling take on 1986’s “Livin’ On A Prayer” and tried to get him to sing along, pointing to him and attempting to get him to sing a verse or two.

According to The Associated Press, wedding singer Lourdes Valentin knew Bon Jovi would be a guest at the wedding and prepared the song specifically for him.

Since it was the wedding of a family friend that doubled as a mini vacation for Jon and his wife Dorothea, we’re sure he was in no mood to steal the show with another powerhouse performance – that is, until the wedding singer began butchering the lyrics to “Livin’ On A Prayer”. Reluctantly, Jon gives in and ends up performing what has to be the world’s most awkward duet with wedding singer Lourdes Valentin and whether you love him or hate him, you can’t help but feel bad for the guy – it’s awkward to even watch, so we can’t imagine how awkward it was for him!