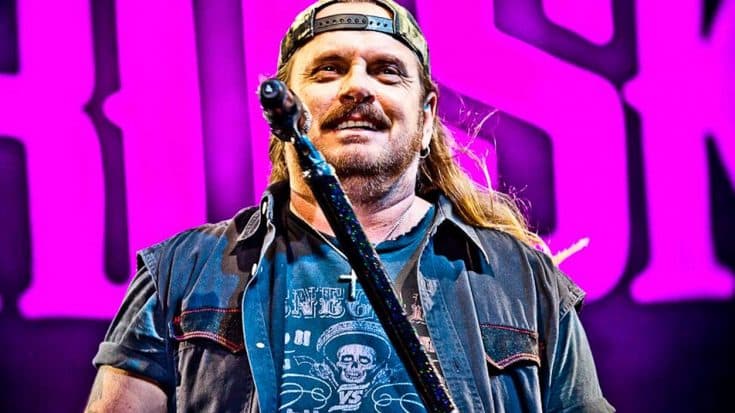 One of the greatest joys of being a Lynyrd Skynyrd fan is hearing the guys talk about the music that’s inspired them over the years and better yet, what music they’ve got on constant rotation. In an interview with Garden & Gun magazine, Johnny Van Zant was kind enough to take a few moments out of his busy schedule to share with fans his top 6 must-listen Southern rock jams and in true Lynyrd Skynyrd fashion…they’re absolutely amazing.

Not just classics that celebrate some of Southern rock’s best and brightest, these songs have stood the test of time for nearly a half century and will for centuries to come. Take a look at the 6 Southern rock jams Johnny can’t live without and who knows – you may be surprised at who you find on the list!

Kicking things off for Johnny is none other than Marshall Tucker Band and their 1973 classic, “Can’t You See”. Featured on the band’s debut album The Marshall Tucker Band, “Can’t You See” was the band’s first single and is held in high regard among Southern rock legends for its stellar attention to detail, from Jerry Eubanks’ iconic flute intro to singer and songwriter Toy Caldwell’s gritty, soulful vocal delivery that makes you want to raise a beer in his honor and thank whoever is listening that he lived long enough to write this classic.

Maybe it’s the universe’s way for making up for taking him away in 1993 at the age of 45, but Toy’s voice carried the weary sound of having lived several lifetimes, making his one of the most iconic voices to emerge out of the Southern rock music scene.

Before we were screaming “Free Bird” at concerts, there was another Southern rock epic whose name was shouted out at concerts: “Whipping Post”. The Allman Brothers Band crafted one of the single greatest Southern rock epics when they penned the iconic “Whipping Post,” adored for its shrieking lead guitar statements, lyrics touching on existential sorrow, and impossibly tight rhythm section – and that’s just the album version!

To fully appreciate the full magnitude of this Allman Brothers Band classic, you simply must check out the version featured on the band’s Live At Fillmore East; stretching upwards of 11 minutes in length, “Whipping Post” at Fillmore East showcases some of the finest examples of musicianship and composition we’ve ever heard!

Our list wouldn’t be complete without our other favorite Van Zant and his band, 38 Special! With hits like “Hold On Loosely” and Johnny’s personal favorite “Wild-Eyed Southern Boys,” 38 Special’s legacy began in 1974 as a band fiercely inspired by the likes of the Allman Brothers Band and Lynyrd Skynyrd, whose own Ronnie and Johnny Van Zant are the beloved brothers to 38 Special singer Donnie Van Zant.

Fierce talent and creativity run deep within the Van Zant family as we hear Donnie taking the lead on the high energy anthem “Wild-Eyed Southern Boys,” trading vocal licks with Don Barnes who returns the favor by supporting Donnie and their bandmates with some pretty amazing guitar work in the form of killer solo after killer solo. Gotta love those Van Zant boys!

When you’re in Lynyrd Skynyrd, the legacy attached to a classic like “Simple Man” is far more important than the song itself. Born from a conversation between Gary Rossington and Ronnie Van Zant shortly after the deaths of their respective mother and grandmother, “Simple Man” is a wealth of wisdom from the matriarchs responsible for molding the guys in Lynyrd Skynyrd into the fine men we know and love.

Noting that it’s advice that everyone’s mama has given them at one time or another, Johnny says “It’s mama talking to you in that song and I think it’s probably one of my favorite’s if not my favorite to do live. It’s just a great song and that one stays in the set and the crowd always goes crazy on that one.”

5. Charlie Daniels Band, “The Devil Went Down To Georgia”

One of the most important figures in both country music and Southern rock, The Charlie Daniels Band is probably best known for 1979’s #1 country hit “The Devil Went Down To Georgia,” but Charlie’s influence in music goes as far back as the 50’s. He’s helped mold the sound of fellow Southern rockers the Marshall Tucker Band by playing fiddle on many of their early albums, and it was at his 1979 Volunteer Jam V that fans saw Lynyrd Skynyrd take the stage for the first time since the crash in 1977. The Charlie Daniels Band isn’t just an iconic figure in the Southern rock community – it’s one of the cornerstones of the genre!

The Allman Brothers Band are making their way back around on the list, rounding out Johnny’s Southern rock jams with the ever classic “Midnight Rider”. Gregg Allman calls it the greatest thing he’s written over the course of his decades-long career, and we’re inclined to agree; the perfect storm created by Allman’s desperate lyrics about a man on the run combined with the stunning musical arrangement makes for a song that’s as close to perfect as a song gets. The original release of ‘Midnight Rider’ heard on Idlewild South failed to chart, but it’s Gregg Allman’s solo version recorded in 1973 that’s become a thing of legend.