Johnny Rivers Sounds Better Than Ever In 2013 “Summer Rain” Set 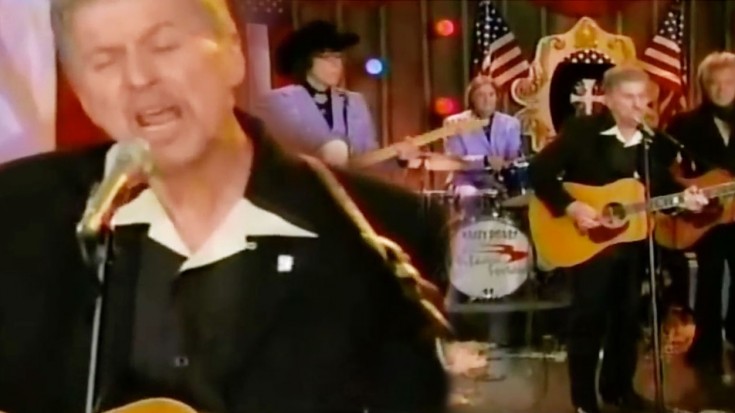 “Summer Rain” hit # 14 on Billboard Hot 100 in 1968, as one of Johnny River’s greatest and most well-known hits of all time. Idolizing and portraying the magic of the “summer of love,” “Summer Rain” became a love-ballad-anthem of the late 60’s that truly resonated in millions of hearts. Winters was also famous for “Secret Agent Man” and “Baby, I Need Your Lovin,” some of the most successful hits in all of soft rock.

Interesting Fact: Johnny Rivers was inducted into the Louisiana Music Hall of Fame in 2009.

Performing the classic on the Marty Stuart Show in 2013, Johnny Rivers not only proves his beautiful talent once again but even proves that some rockstars can better with age. Sounding better than ever, Johnny wows the crowd with his eighth greatest hit, “Summer Rain” and it is pure magic.

Summer rain taps at my window
West wind soft as a sweet dream
My love warm as the sunshine
Sittin’ here by me, she’s here by me

She stepped out of the rainbow
Golden hair shinin’ like moon glow
Warm lips soft as a soul
Sittin’ here by me, she’s here by me

All summer long, we spent dancin’ in the sand
And the jukebox kept on playin’
Sergeant Pepper’s Lonely Hearts Club Band

She wants to live in the Rockies
She says that’s where we’ll find peace
Settle down, raise up a fam’ly
To call our own, yeah, we’ll have a home

All summer long, we spent groovin’ in the sand
Everybody kept on playin’
Sergeant Pepper’s Lonely Hearts Club Band

The snow drifts by my window
North wind blowin’ like thunder
Our love’s burnin’ like fire
And she’s here by me, yeah, she’s here with me
Let tomorrow be