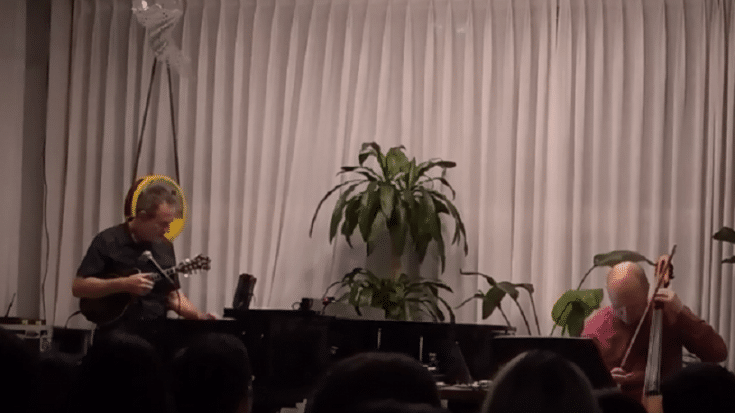 Sons of Chipotle, featuring Led Zeppelin’s legendary bass player John Paul Jones and Finnish cellist Anssi Karttunen, will perform at the Big Ears Festival in Knoxville, Tennessee. The four-day event will take place on March 26-29 and has over 100 artists on their lineup. This will serve as the duo’s US debut performance – they already debuted in Tokyo and South Korea last September.

According to John Paul Jones’ website, “Both musicians are known to be curious minds, always ready to learn and to discover. When they improvise, borders disappear, they are free to migrate beyond prejudices, across continents. In a world where walls are being built and people are told where they cannot go, Sons of Chipotle want music to be a place of openness.”

After Led Zeppelin disbanded, Jones has worked with artists from various genres. His collaborations include that with R.E.M., Jars of Clay, Peter Gabriel, Heart, Lenny Kravitz, Foo Fighters, and Paul McCartney. He even dabbled in record producing.

Aside from Sons of Chipotle, another side project of his is the alternative rock supergroup Them Crooked Vultures where he teamed up with Dave Grohl and Josh Homme. In a recent interview, Grohl revealed: “It’s still hard to accept that I got to play in a band with [John Paul Jones]. Technically we’re still a band. […] We practise once every decade, and we’re coming up on another decade aren’t we? I don’t have any official news but there’s always something cooking.”