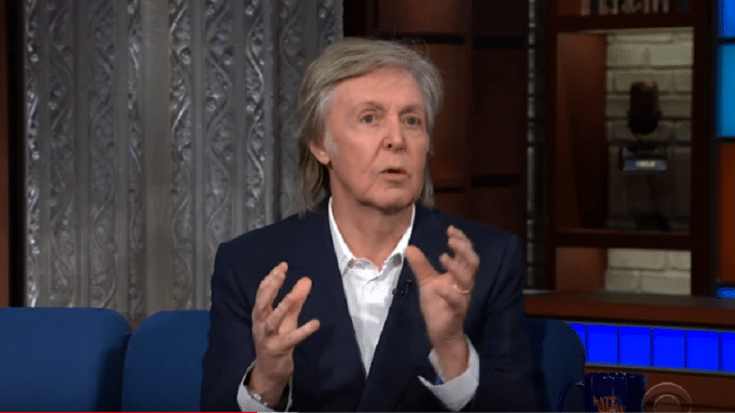 He Got An Idea For A Song From His Dream

Ever since The Beatles broke up, there were countless rumors about the status of John Lennon and Paul McCartney’s relationship – whether they were still friends or nothing more than acquaintances. But apparently, there’s nothing but love and admiration between them. In a recent appearance on The Late Show with Stephen Colbert, the legendary singer-songwriter revealed that he still dreams about his late buddy sometimes.

He said, “The thing is when you’ve had a relationship like that for so long — such a deep relationship, you know. I love it when people revisit you in your dreams. I often have band dreams and they’re crazy. I’m often with John, just talking about doing something, and I go to get my half of the bass ready to play, and it’s covered in sticky tape.”

In the same interview, he also talked about The Beatles’ 1965 classic hit Yesterday and how it came to him in another dream. He told Colbert, “I woke up one morning and there was a tune in my head. I happen to have a piano by my bed, so I went around to all my friends, including John, asking ‘what’s this tune?’ and he said, ‘I don’t know.’” McCartney later claimed it as his own.