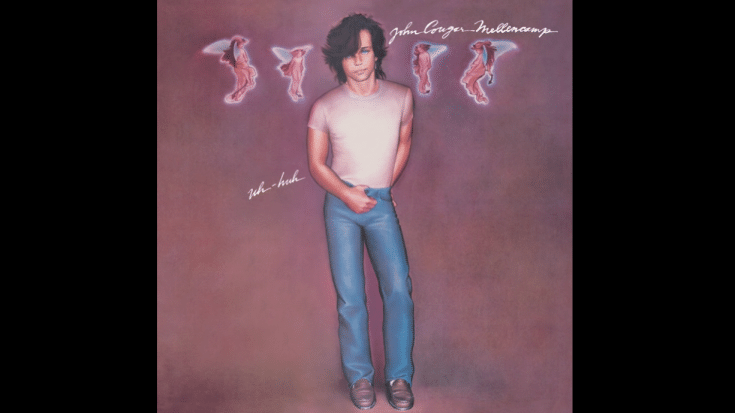 John Mellencamp has been in the music industry since the mid-’70s. Known for his own brand of heartland rock, he rose to prominence in the early ’80s with a string of hits. Throughout his career, he has sold over 30 million records in the US alone. He once told Variety, “I don’t get paid for being on stage; I get paid for leaving home, traveling on airplanes, and staying in hotels. The part of being onstage, I’ll do that for free. My way of being on the road is probably a lot different than you would expect.”

Let’s revisit some of his most unforgettable songs from the ’80s.

The last song recorded for his 1983 album Uh-Huh, Mellencamp needed something as its lead single so he contacted his longtime collaborator George Green for ideas. He already began work for this song and so he & Mellencamp traded lines to complete it. Mellencamp explained to Rolling Stone in 2013 that this is a “political song.” He said, “Reagan was president – he was deregulating everything and the walls were crumbling down on the poor. the song was the last one recorded and the first single. It was a hit immediately. I felt like I was pulling the wool over everyone’s eyes.”

Mellencamp’s rebellious nature is in full display here. At the time of its release, he was already a big name in the industry and he owed most of his success to MTV’s heavy airplay of his music videos but in truth, he hated making them. He also referred to this track as “our new version of ‘I Fought The Law.'”

He clarified to Rolling Stone that “It’s really an anti-American song. The American dream had pretty much proven itself as not working anymore. It was another way for me to sneak something in.” According to Mellencamp, he finished writing this quickly. He mused, “True art is always a surprise. It’s not constructed.”

Mellencamp once claimed that he wrote this as “a joke”. He penned this with Green and they completed the track pretty quickly too. He recalled to American Songwriter, “George Green and I wrote that together. We exchanged lines back and forth between each other and laughed about it at the time. Then I went and picked up the guitar, and within seconds, I had those chords.”

One of his greatest songs, this is loosely based on the 1962 film Sweet Bird of Youth and it’s heavily influenced by Mick Ronson who helped him arrange it. However, the recording was quite challenging. He said, “‘Jack & Diane’ was a terrible record to make. When I play it on guitar by myself, it sounds great; but I could never get the band to play along with me. That’s why the arrangement’s so weird. Stopping and starting, it’s not very musical.”