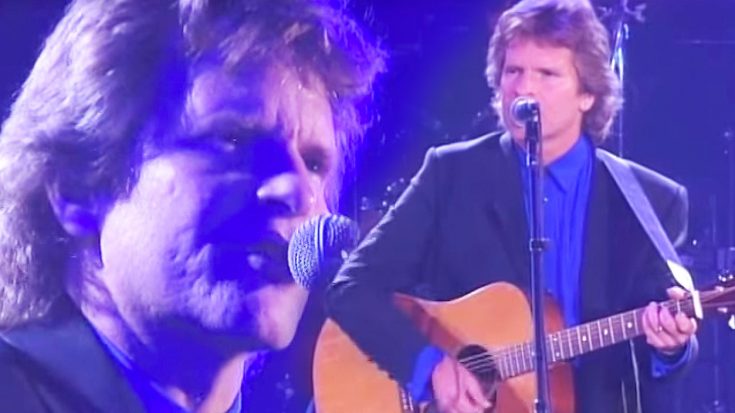 He stopped the rain, and stole the show!

Although there was a ton of controversy surrounding Creedence Clearwater Revival’s induction into the Rock N’ Roll Hall of Fame, and frontman John Fogerty’s refusal to perform with the band, Fogerty still showed up and put on a show for the ages.

Fun Fact:The song is often interpreted as a protest of the Vietnam War (like “Fortunate Son”), but when he performed it at the Arizona state fair in 2012, Fogerty told the crowd that he had been at Woodstock, watching the rain come down. He watched the festival goers dance in the rain, muddy, naked, cold, huddling together, and it just kept raining. So when he got back home after that weekend, he sat down and wrote “Who’ll Stop the Rain,” making it not a Vietnam protest at all, but a recounting of his Woodstock experience.

Even though we would’ve loved to see Fogerty and the surviving members of the band sort out their differences for one night, and come together for a performance, he sounded amazing with Springsteen and Robertson! That night belonged to Fogerty, as he stole the show by laying down an insane performance of this classic! It truly was a defining moment in his career!

Check out the awesome performance down below!