Rare Footage Shows Stevie Nicks Alone In The Studio, Working Out The Kinks In “Leather And Lace” 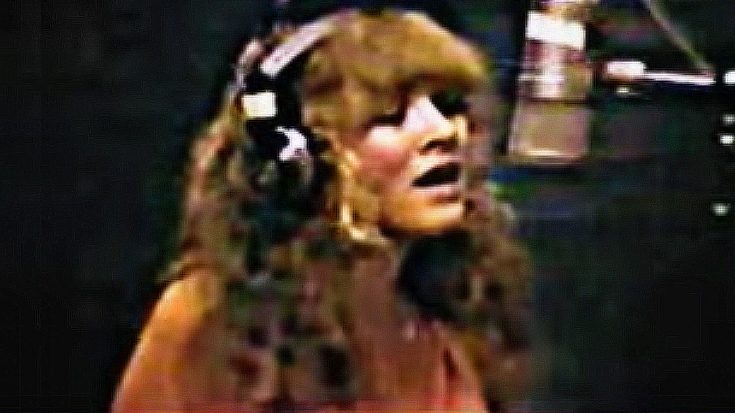 “I Have My Own Life, And I Am Stronger Than You Know…”

As tumultuous as her love affairs have been, you have to admit that they’ve made for some pretty great songwriting from Stevie Nicks. Whether it was chronicling the end of her relationship with bandmate Lindsey Buckingham with songs like “Dreams” or in the case of her 1981 hit “Leather And Lace” her love affair with Don Henley, Stevie’s always had an amazing way of getting to the heart of the matter in a way that makes you long for the love of a lifetime and at the same time, ache for the kind of heartbreak she’s experienced. Originally written for Waylon Jennings and his fourth wife Jessi Colter, “Leather And Lace” came together after a marathon songwriting session that saw Stevie frustrated at times despite the help and critique of Henley, who featured on the 1981 version of “Leather And Lace” that made it onto Stevie’s debut solo album Bella Donna.

Fun Fact: This was Henley’s first hit away from the Eagles and one of Nicks’ first hits away from Fleetwood Mac.

The footage you’re about to see shows Stevie alone in the studio working out the kinks for the final version of the song, laying down vocals for her portion of “Leather And Lace” and playing off of what Don Henley had already recorded. I don’t know about you, but there’s something intensely special about getting to see Stevie work her magic from the privacy of her studio booth; she’s both incredibly secure and incredibly vulnerable as she’s filmed in a space that many fans never get to see, and the result makes for an absolutely unforgettable glimpse into one of the greatest love songs ever written!