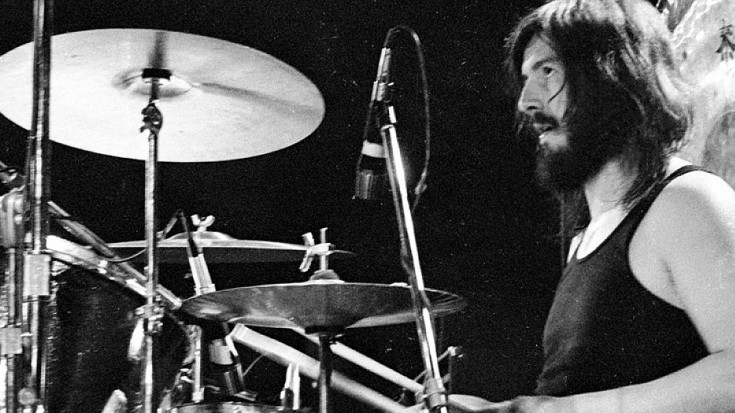 In Through The Out Door Sessions, 1978

As far as drummers go, it’s no secret that late Led Zeppelin drummer John Bonham was one of the, if not the, best to sit behind a kit. He had an almost unnatural gift for keeping perfect time, a human metronome known for his consistently in the pocket playing that helped establish Led Zeppelin’s sound and legacy – which is why we love hearing outtakes of Bonzo in the studio, working through and fine tuning some of his best work.

The footage you’re about to hear features John in the studio as Led Zeppelin recorded the iconic In Through The Out Door in December of 1978 and for a solid 12, almost 13 minutes, John runs through various outtakes – experimenting with different tempos, variations on his famous Bonham shuffle, even different ways to make his playing sound a little more musical by applying different amounts of force. Even if you’re not a drummer, these In Through The Out Door outtakes are amazing to listen to, serving as a pretty firm reminder as to why John Bonham is still considered one of the greatest drummers in the world. Check it out in the footage below!