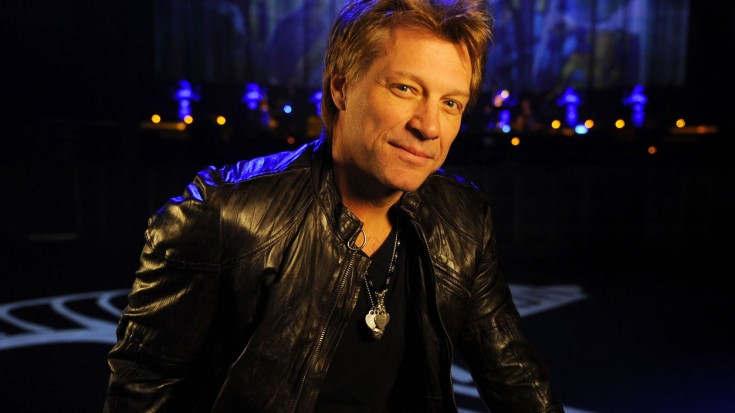 It’s been a long time coming, but New Jersey rockers Bon Jovi are back and they’re ready to rock! Nearly a year after the release of the band’s EP Burning Bridges, singer and founder Jon Bon Jovi announced the news fans have been dying to hear: their 14th studio album is finished, marking a new chapter in Bon Jovi’s 33 year legacy. The album, titled This House Is Not For Sale, is the band’s first album without guitarist and songwriter Richie Sambora, who left Bon Jovi in 2014. Taking his place on This House Is Not For Sale is guitarist Phil X, who’s been doing a great job of helping out the guys since 2013 and while Richie Sambora says he ‘sees the possibility’ of a return, we’re not holding our breath and can’t wait to see what Phil brings to the table!

The happy news was released yesterday via a joyous Twitter post containing a photo of the guys in Bon Jovi at Jimi Hendrix’s Electric Lady Studios in New York:

No word yet as to when This House Is Not For Sale will be given a concrete release date, but no matter; we’re so excited to see Bon Jovi embark on this brand new chapter and what the band’s first post-Sambora era album will sound like. Stay tuned to Society Of Rock for more details and in the meantime, check out one of our favorite Bon Jovi performances in the footage below!