Joe Walsh Shares How He Became “Distant” To John Entwistle 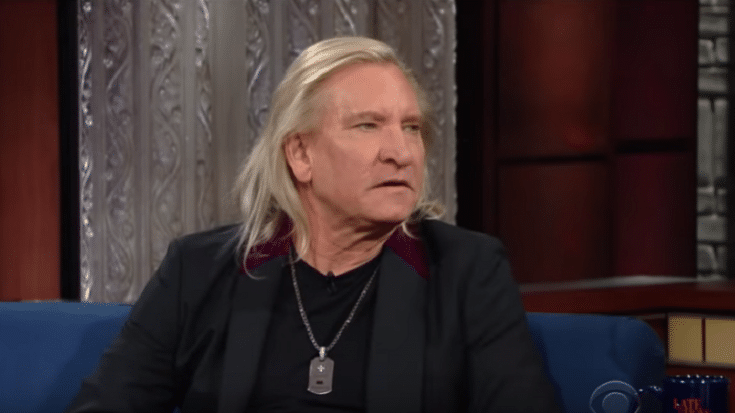 They “Got To Be A Little Distant From Each Other”

In a new book written by Paul Rees titled “The Ox: The Authorized Biography of The Who’s John Entwistle,” he didn’t only use sheets of pages from the autobiography Entwistle started but never finished, he also interviewed several people who knew the late Who bassist – one of them is fellow iconic rocker Joe Walsh.

Walsh recalls that the last time they saw each other was in 2002 at the NAMM music convention in Los Angeles. He says, “I spent a while with John in his dressing room and then we went out to eat. I noticed that he was having trouble hearing. Also, he was not making sense like the John that I had known. I didn’t know if he was just too drunk, or whatever. At one time, that’s how all of us rockers would get to be late, late at night. Personally, I went on in that same way until 1994 and, by then, I had turned into a full-blown alcoholic and cocaine-crazy person. But I hit bottom before I OD’d and died.”

He continues, “A lot of my brothers went the other way. Once I had got sober, John and I were living in totally different worlds. I went to see him a couple of times, but I didn’t hang out all night and into the next morning like I used to – and as he was still doing. So, we had got to be a little distant from each other.”

And he didn’t just notice the changes, he was “disturbed” by them. Still, he was uncertain how to talk to Entwistle about it. He explains, “I wasn’t sure whether I should, or even could, confront him. Ultimately, I was never able to sit down with John and say to him, ‘Hey, man, you’re fucking up.’ Back in those days, I was still trying to figure out my own sobriety. Now, all these years later, I feel quite comfortable in telling someone I care about, ‘Listen up, because I know what I’m talking about.’”

He adds, “Those times that I did see John, I would notice a decline in his physical condition, most of all with his hearing, but also in his mental state. He would slur his words and not be as concise with his thought processes. From my perspective, Keith Moon had made up his mind that he was going to take everything as far as it would go, period. Maybe there was a bit of that in John, too. When I first met those guys in The Who back in the sixties in Philadelphia, we had all thought that we were immortal. Over the years, you get to realize that you’re not. Always with John, though, across the board, if he wanted to do something, he went right ahead and did it.”

During their last time together, they had dinner and after which, Entwistle invited Walsh to the Continental Hyatt House. Walsh didn’t stay long though and he “left him with a very bad feeling.”

Paul Rees started working on The Ox: The Authorized Biography of The Who’s John Entwistle five years ago and has been helped by John Entwistle’s son, Christopher.