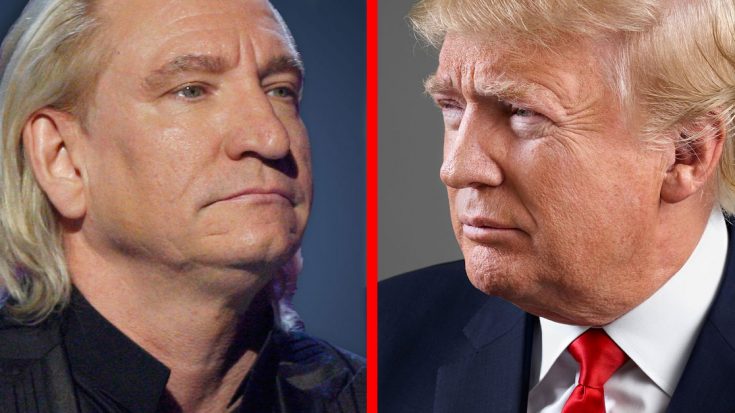 The Result Of ‘Fake Fear’?

Former Eagle Joe Walsh is always good for a laugh or two, and his run in with a TMZ reporter is no exception. While traveling with his wife Marjorie, Walsh was asked if he thinks artists are afraid to play President Elect Donald Trump’s inauguration next month and not surprisingly, he said yes – but it’s why he said yes that made us laugh and took some of the tension out of the moment.

“The president is ruthless…on Twitter. Everybody’s afraid to get Twittered,” laughs Walsh. “Stocks go up and down and stuff, that’s why. Everybody’s scared.”

Walsh’s explanation took on a more serious tone when he addressed the “fake fear” of artists risking being blackballed from the industry for appearing at Trump’s January 20th inauguration, saying that the level of fear permeating America today is a problem and that as a result artists should stay out of politics, at least for now – himself included.

“I think artists should stay out of politics right now. Wait and see what happens, then write songs.”