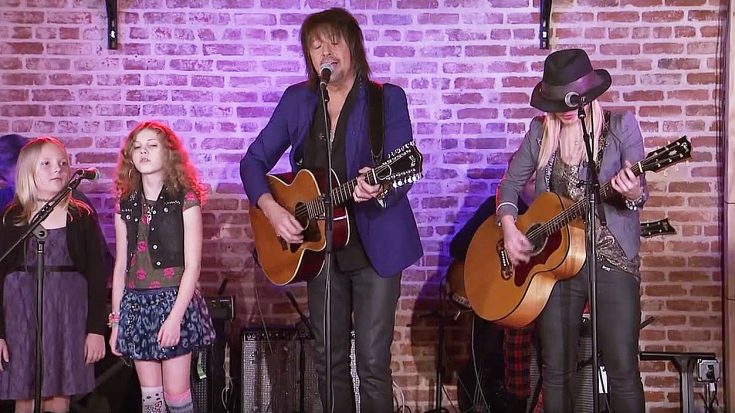 Happy Christmas Is Given An Ultimate Facelift!

Let’s talk about Richie Sambora. He is, and I’m not exaggerating here, one of the most underrated yet influential guitarists of the last 30 years. His songwriting, shredding capabilities, and everything in between are the stuff of legend. Then again, you probably already knew this.

Now let’s talk about Orianthi. Just before his death Michael Jackson was planning one last grand tour and the guitarist that he recruited was a beautiful young lady by the name of Orianthi. She is a wildly amazing guitarist. Even though she never got to officially tour with Michael Jackson, the footage of their rehearsals were made public and thus she has achieved superstar status.

Now, can you imagine what would happen if these two were to team up to cover a Christmas song? The short answer is that it would be awesome! But the long answer is in the video! See for yourself!