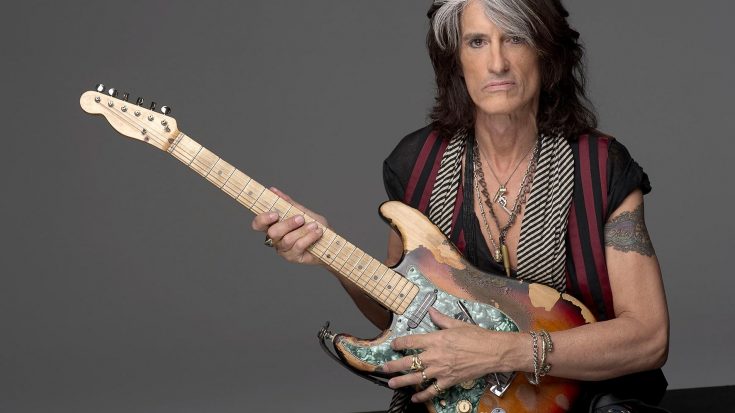 It was only a few months ago when the news broke that Joe Perry had collapsed on stage after a show. Since then, the Aerosmith guitarist has been in the news quite a lot, but it hasn’t all been bad. In fact, since the incident came and went, the news has been getting increasingly better!

Joe Perry has announced that his new solo album has moved to post production. He describes the album as mostly instrumental, but is said to feature a hand full of legendary rock singers. Those rock singers being Terry Reid, David Johanson, and Iggy Pop.

Joe Perry talks more about his upcoming release. “I just need to polish it up a bit more. I’m looking to release some of it in the new year.”

When asked about what style the album will be. “It’s got all kinds of sounds, but I would probably say ‘funky’ is the quickest way to put it. Everything starts with rhythm and that vibe. When I’m writing songs, it always starts with some variation of R&B and funk, whether it’s been from the first Aerosmith stuff till what we’re going to work on this afternoon.”

As of right now, we don’t have an exact release date, but Joe Perry states that he looks to release some of the new material ‘in the new year’.

Are you excited for his new album? Let us know in the comments below!