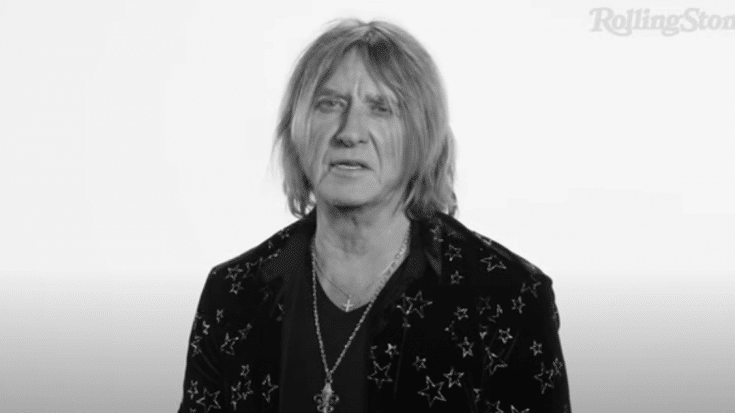 Joe Elliott has dropped a new song inspired by fellow rock legend David Bowie. Titled “Goodnight Mr. Jones”, Elliott released the music video to coincide with the fifth anniversary of Bowie’s death. He also recently performed it at the virtual event “A Bowie Celebration: Just for One Day!” to commemorate what would have been Bowie’s 74th birthday.

Elliott told UCR, “I’ve been a fan ever since I saw Bowie perform ‘Starman’ on Top of the Pops in 1972 and was devastated when he passed away five years ago. ‘Goodnight Mr. Jones’ was written as my sendoff / thank you song to a hugely influential artist. I wanted to mark the fifth anniversary of his passing with something that would celebrate the artistry of someone who remains a huge part of my life.”

Elliott has always been vocal about his admiration for Bowie, one of his musical heroes. He revealed to Classic Rock magazine, “David Bowie was an absolute idol to me when I was a kid. Without him, I wouldn’t be doing what I’m doing. He was a big part of what made me want to be in a band.”

Finally, the pair met in 1989 at a party in Bono’s place where they hung out and had a grand time.