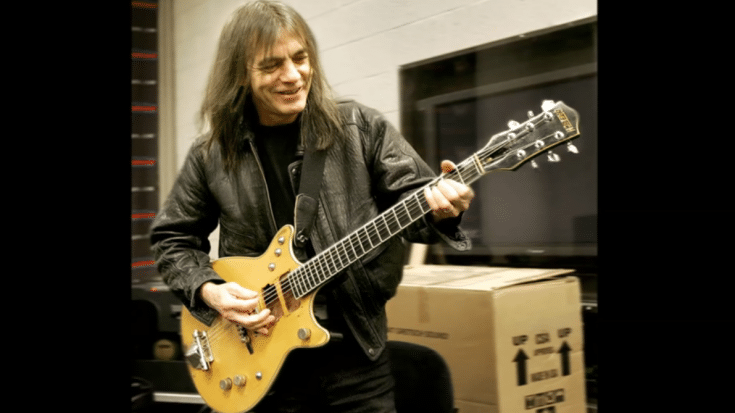 Malcolm Young will always be remembered as one of the greatest rhythm guitarists of all time. He was content to blend in the background but he was AC/DC’s main creative force. Even three years after his death, he continued to drive the band with his presence and influence. Thus, we’re showcasing his brilliance and genius with this isolated guitar track for the 1980 classic “You Shook Me All Night Long”.

Featured on the album Back in Black, it’s their first single with then-new lead singer and frontman Brian Johnson.

Speaking to UK’s Absolute Radio about the song’s inspiration, Johnson said: “The boys had a title. Malcolm and Angus [Young] said, ‘Listen, we’ve got this song. It’s called ‘Shook Me All Night Long.’ That’s what we want the song to be called.’ And if you listen to the chords, [the chorus] just fell into place so I can’t claim any credit on that thing.”

He added, “It was as quick as it had to be, which was that night. I guess I had to try and impress somebody. It was just a thing that came at the time, and I still think it’s one of the greatest rock and roll riffs I’ve ever heard in my life.”

“You Shook Me All Night Long” became a staple in their live repertoire and during AC/DC’s Rock and Roll Hall of Fame induction ceremony in 2003, the band played this along with Aerosmith’s Steven Tyler.