Joe Bonamassa Resurrects the Blues On Conan With A Funky Performance of His Hit ‘Mountain Climbing’! 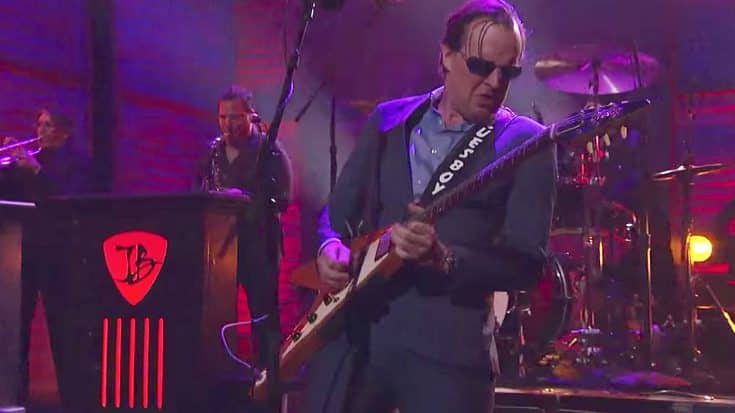 Joe’s still got it!

Back in 2016, Joe Bonamassa released his 12th studio album, called Blues of Desperation. The album (obviously) was heavily blues influenced, and consisted of some of Joe’s best work in a long time!

Recently, Joe performed on Conan O’Brien’s show, and crushed a rousing cover of his hit single from the album, called “Mountain Climbing.” The blues track is super funky, and contains a catchy riff that you can’t get out of your head. He really breathes new life into blues music, and makes the statement that it’s alive and well in today’s music world! His performance includes a mind-blowing solo, and he receives a standing ovation from Conan’s studio audience! It’s great to see the blues being kept alive, and we’re confident that Joe will keep on the legacy for a long time!