Joe Bonamassa and Tina Guo Deke It Out In Insane Guitar vs Cello Battle You Won’t Ever Forget! 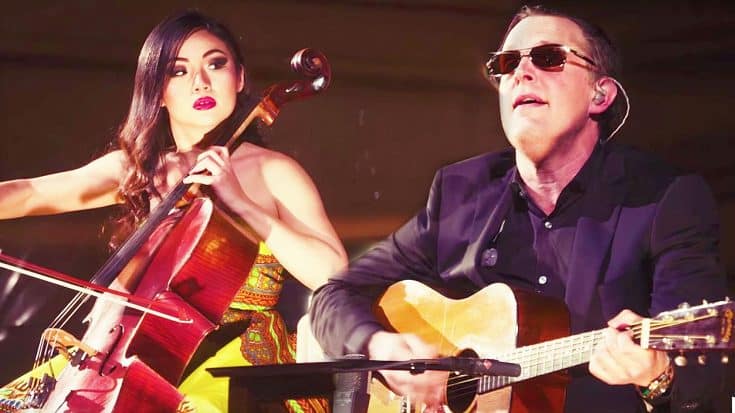 They both shredded those strings!

Joe Bonamassa has been one of the better guitarists in rock n’ roll for years now. Joe is notorious for creating some of the best instrumental songs in music, and always provides us with memorable guitar riffs and solos! If you went head to head with Bonamassa in a guitar battle, it’s most likely you would lose pretty handedly, but this violinist dueled with Bonamassa and gave him a pretty good run for his money!

Cellist Tina Guo recently stepped on stage with Bonamassa, and the two shredded an amazing duet, which just about turned into a duel! While Bonamassa threw out some riffs on his acoustic guitar, Tina would match them on the cello, and the duet turned into almost an “anything you can do, I can do better.” Although their competition never gets too competitive, it’s always great to see a little bit of friendly competition from time to time. They are both masters of their craft, and this duet is something you will never forget!