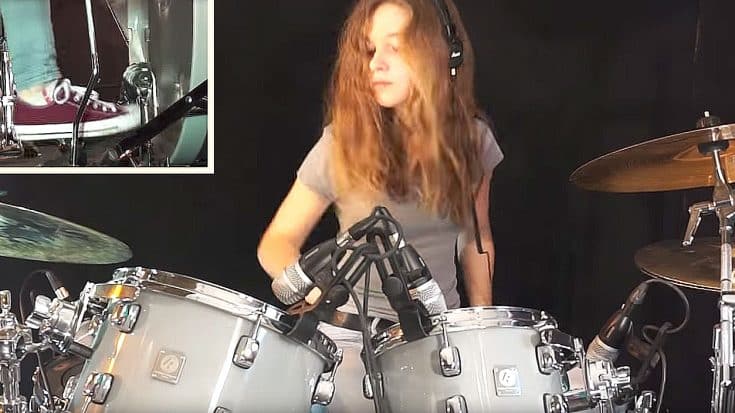 One of rock’s most loved drummers with a distinct sound all his own, Fleetwood Mac’s Mick Fleetwood is also one of the most difficult drummers to emulate – especially as far as “Go Your Own Way” is concerned. For 17-year-old YouTube drumming sensation Sina, however, the challenges presented by “Go Your Own Way” weren’t enough to throw her from her path, the talented teen easily navigating the ins and outs of the 1977 track and the intricate, heavy hitting tom-tom structure that brought it to life. The best part of Sina’s cover isn’t just her exemplary playing – not by a long shot.

Mick Fleetwood Talks Drumming On  “Go Your Own Way”:

“‘Go Your Own Way’s’ rhythm was a tom-tom structure that Lindsey demoed by hitting Kleenex boxes or something. I never quite got to grips with what he wanted, so the end result was my mutated interpretation. It became a major part of the song, a completely back-to-front approach that came, I’m ashamed to say, from capitalizing on my own ineptness.”

Where so many other teen YouTube musicians forget to loosen up and have fun, Sina is visibly having a great time, tossing her long hair back and forth in between drum fills and mouthing along to the vocals of special guest Jadyn Rylee. Equal parts force and finesse, Sina knocked this cover of “Go Your Own Way” out of the park; check it out in the video below, you’re sure to have as wonderful a time watching it as she did playing it!