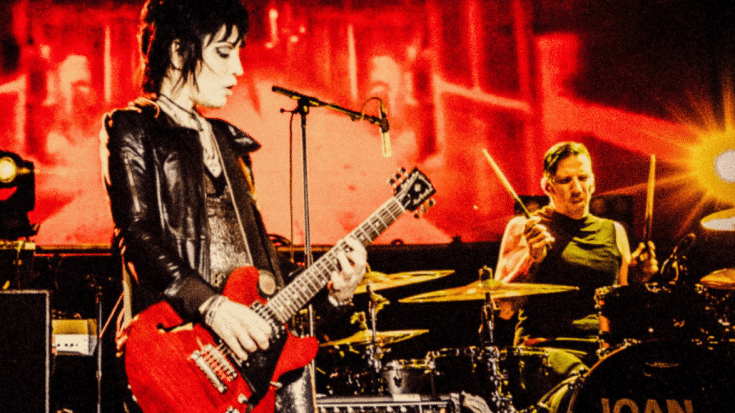 Joan Jett & the Blackhearts have teamed up with streaming digital platform Nugs.net to share their previously unreleased live shows online. The recordings span forty years and fans are given the chance for virtual front row seats to some of her classic shows once they subscribe. Jett kicked it off with three concerts released on audio and video – from Houston, Texas in 1983, a 2015 gig in Columbus, Ohio, and the band’s appearance at Hellfest in Clisson, France in 2018.

Joan Jett & the Blackhearts are scheduled to perform at the Light of Day virtual benefit concert. Last year, they were supposed to embark on a massive stadium tour with Mötley Crüe, Def Leppard, and Poison but because of the pandemic, the trek was rescheduled to 2021 and will open on June 19 in Nashville.

Meanwhile, Jett is also part of a new film titled Honor Amongst Men where she plays the role of a drug user named Stephanie. Although originally set to hit theaters in 2018, it has now been released worldwide. Jett has been pretty active on social media in 2020 – she had a couple of interviews and also some at-home performances.

She told The Guardian in November 2020 that she was at her happiest during her “teenage years in the Runaways: I was still naive enough to think good things about the world and life and people, and I was having fun playing rock’n’roll around the world, living the dream.”

A post shared by Joan Jett & The Blackhearts (@joanjett)