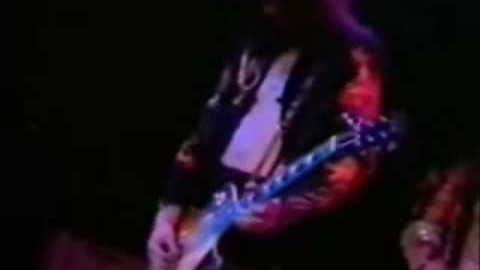 One Of Jimmy Page’s Greatest Solos?

Jimmy Page is well-known as the fire-slinging riff master who founded the British rock band, Led Zeppelin in the late ’60s, leading to its domination of hard-rock in the ’70s. Page was brought up in West London and started playing the guitar at thirteen years of age, mostly learning by himself. As an admirer of Buddy Guy and B.B. King, Page played sufficiently well to secure a place as a session performer in the mid ’60s, performing on tracks by the Kinks, and the Who.

The most notable guitars he used include, 1959 Gibson Les Paul guitar, 1959 Fender Telecaster, A Harmony Sovereign H-1260, 1958 Fender Telecaster, Danelectro 3021, a 12-string Fender Electric XII, and a 1972 Martin D28. With inspiration from the session musician, David McCallum, Sr., Page developed a technique to play his guitar with a cello bow. With Zeppelin, he became rock’s most influential guitar player, writer, and producer, and consequently Rolling Stone Magazine registered him in position nine on the list of top 100 greatest guitarists of all time.

Jimmy Page never played any guitar for nine months after the death of Zeppelin drummer, John Bonham. After going solo, Page has done various solo ventures and collaborated with other celebrities. In 2007, Page facilitated the revival of Led Zeppelin, specifically for a charity even for the Ahmet Ertegun Education Fund, in which they performed for approximately two hours.