Was Hotel California based on a Jethro Tull song? 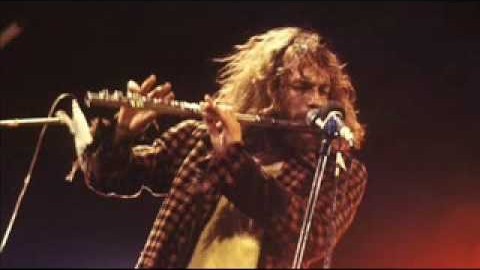 “Hotel California” Version Of Jethro Tull’s “We Used To Know”?

It is worth noting that the two bands shared a concert tour together in 1970s. Ian Anderson, who was Tull’s leader said in an interview that they did not interact with the Eagles due to the fact that they were countrified, laid back,and polite rock. From the interview, one can deduce that the two bands did not like each other.

Hotel California and Jethro Tull song, “We Use to Know” share the same chord sequence as well as the lead vocal melody. Interestingly, the two songs also fades out with a similar musical jam of sorts. However, there are remarkable differences in tempo. In this case, Jethro Tull uses a slower pace. For these reasons, the Eagles may have borrowed the chord progression from Jethro Tull, but there is a claim that Don Felder composed the entire chord progression and melody.

Anderson holds no ill will toward the Eagles, but accepts it as a kind of tribute. This is because there are many cases where different songs use similar chord sequence because it is hard to find chords that have not been used.

Here Is A Mashup Of the 2 Songs