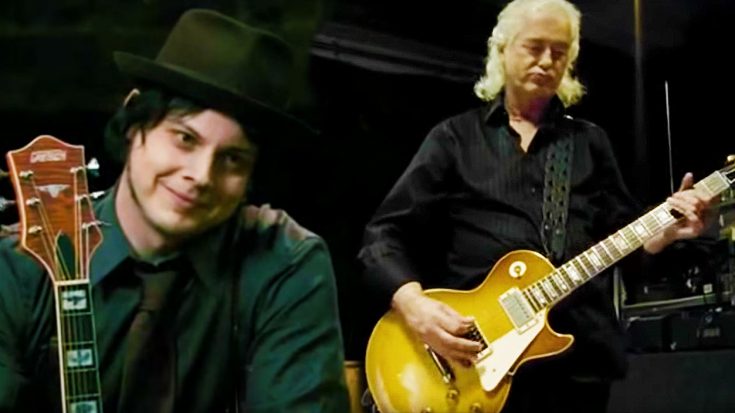 The God of the Gods

It’s always awesome to see the respect musicians show for one another. Even the legends grew up with idols and inspirations, and can get starstruck when they come face to face with them.

Starstruck is exactly what happened to The Whitestripes’ Jack White and U2’s The Edge when they came face to face with Led Zeppelin’s Jimmy Page. In Page’s film It Might Get Loud, he educates Jack and The Edge on how to play some of the classic Zeppelin riffs and songs.

In this clip, Page shows the two other legends how to play one one of the greatest guitar riffs ever strummed: “Whole Lotta Love.” The iconic riff opens the band’s legendary classic Led Zeppelin II, and is often considered the band’s best song. What’s awesome about this clip, is Jack White and The Edge’s faces. Jack White looks like he just saw the face of God, and The Edge looks like he’s in awe of the greatness in front of him! It’s such an iconic clip!

Any rock fan would appreciate this amazing clip! Our favorite part of it is Jack White’s face. It’s completely priceless. We highly recommend watching the entire documentary! It’s pretty epic!

Check out the clip of Page playing “Whole Lotta Love” down below!