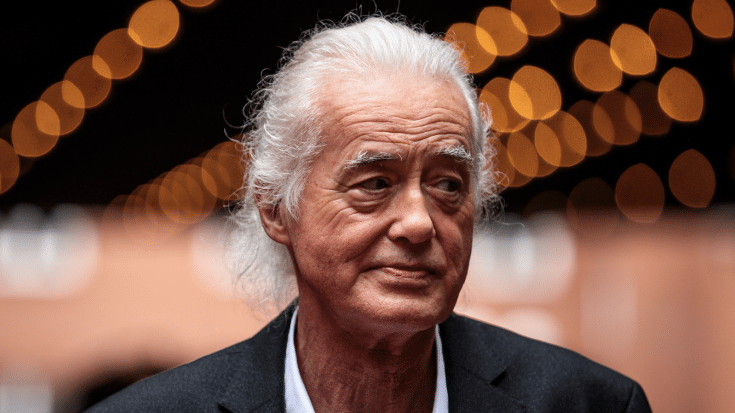 Well This Is Just Completely Unexpected!

Let me ask you something. When you picture Jimmy Page on stage, what kind of guitar is he holding? I’m assuming that the majority of you are picturing a Gibson. If so, you’d be correct. For literally decades now, Page has been one of Gibson’s greatest assets and marketing tools. Whenever he’s seen with a Gibson guitar in his hands, it makes literally thousands of aspiring guitarists want to go out and drop money on a brand new Gibson.

In fact, it’s been a huge contributing factor to Led Zeppelin’s iconic, thunderous sound over the decades. But you should know that it wasn’t where he started. In fact, quite the opposite…

What you’re looking at here is Jimmy Page with his 1959 “Dragon” Telecaster that he actually used on Led Zeppelin’s debut album. Spectacular guitar, wouldn’t you say? What’s even more is that Page is set to partner up with Fender to recreate this stunning guitar!

FUN FACT: This guitar was also used to record the iconic solo for “Stairway To Heaven”. A solo that was improvised, but ended up being one of the most copied in history.

This iconic guitar will hit guitar shops all around the world January of 2019, which is just around the corner. If you’re a guitar collector of any sort, or if you want to get a guitar that’ll wow an audience, I’d HIGHLY recommend looking into purchasing one of these.

What do you guys think of this? Do you find it shocking that Page is working with Fender on such a big project? Are you not surprised at all given Gibson’s recent troubles? Let us know YOUR thoughts in the comment section below!