Neil Young Finally Confirms What We Already Knew, And We Couldn’t Be Happier For Him – Congratulations! 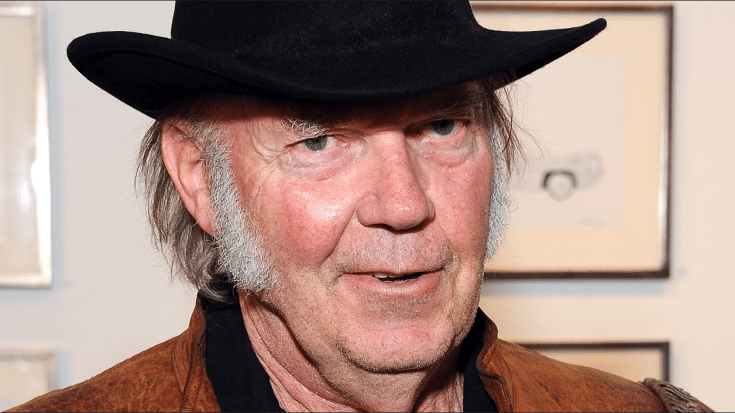 Neil Young Puts A Ring On It

The rumors are true.

Neil Young has a brand new reason to smile – and her name is Mrs. Daryl Hannah Young.

That’s right; the 72-year-old “Heart of Gold” singer tied the knot in California back in August, marrying longtime girlfriend Daryl Hannah. Young confirmed the happy news today as he announced a brand new music video – a live rendition of “Ohio” meant to tie in with the midterm elections slated to take place next week, with a caption in which he referred to Daryl Hannah as his wife.

Until now, the couple has kept mum on whether they did or didn’t get married, though friends and fans first sparked speculation with a series of social media posts congratulating them.

Guitarist Mark Miller spilled the beans when he took to Facebook to congratulate Neil and Daryl:

Congratulations to Daryl Hannah and Neil Young on their wedding today. May they have a long and happy relationship.

Meanwhile, Hannah herself sparked speculation when she shared a photo to Instagram – an owl sitting on a rafter with the caption, “Someone’s watching over us…. love & only love”.

someone’s watching over us…. love & only love

Young, 72, and Hannah, 57, became romantically involved in 2014 following Young’s divorce from his wife of 36 years, Pegi Young. It was a match made in heaven – one that Neil says is the only thing that matters to the happy couple.

Their union hasn’t just been good for Neil emotionally, it’s been good physically.

“She’s helped me physically to be stronger; she’s got a really intense physical regimen she follows, and I crawl along behind her. We do pilates twice a week, sometimes three times a week, and get in the pool with weights,” he revealed to Ultimate Classic Rock. “We have routines we do in the pool, a lot of stuff together like that. There’s always something. … I’m very lucky. We’re very lucky to have found each other. I’m eternally thankful for the opportunity to share my life with her, and she feels the same.”