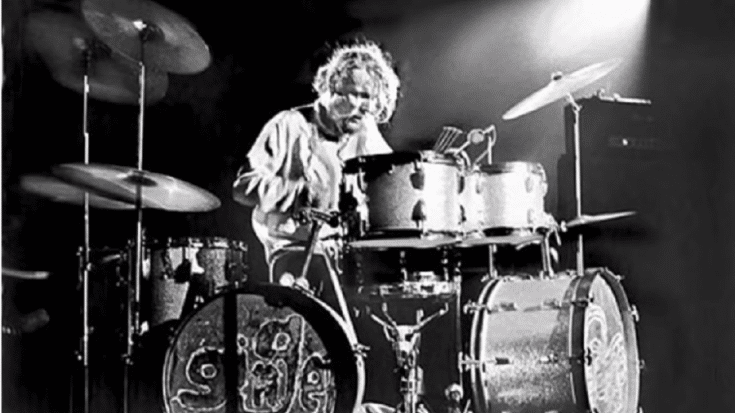 In a recent interview with UCR, James Gang drummer Jimmy Fox, he shared a bit about his band opening for Cream and him hoping to meet and chat with Ginger Baker. He said, “It was easier said than done. Other than a cursory nod, that was about all I ever got.”

Even before they opened for the iconic supergroup, Fox already knew Baker and Jack Bruce. He also listened to Fresh Cream which he claimed was “probably the greatest album I’d ever heard in my life at that time.” And he had nothing but high praises for Baker who is undoubtedly one of the most skillful drummers of all time.

Fox added, “He found a way to marry that kind of finesse with that kind of thunder. That’s big stuff. When it comes to him as a drummer, there was never another like him, that’s for sure. As many guys that wanted to sound like Moon, there were that many at least that wanted to sound like Baker. I think the reason for that is there’s a delusion that if you just practice for about 60 or 80 years, you could play that stuff. Whereas, with Moon, that was never possible. So I think drummers tuned into Baker as something more aspirational. He was and remained one of a kind.”

Last September, Baker’s family took to social media to announce that he’s critically in the hospital. He died on October 6 at 80 years old.