7 Psychedelic Songs From The Beatles 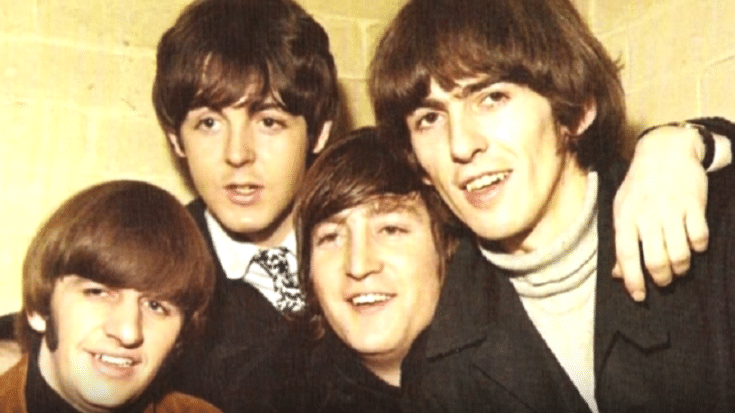 As Trippy As It Can Get

They didn’t invent it but The Beatles churned out some of the most memorable psychedelic songs in the ’60s. And it was a glorious feast for the senses. It may be pure coincidence, or the by-product of acid trips. Either way, these tracks will take you places. And over fifty years later, they still hold up well. At a time when psychedelia ruled the airwaves, The Fab Four were at the forefront.

This was inspired by John Lennon’s conversation with actor Peter Fonda during an acid trip in 1965. The Beatles were on a break from their US Tour and were hanging out with The Byrds. According to John, “Peter Fonda came in when we were on acid and he kept coming up to me and sitting next to me and whispering, ‘I know what it’s like to be dead.'” Interestingly, although Paul McCartney rehearsed with them, he did not play on the final recording. So aside from lead guitar duties, George Harrison also took over the bass part.

The Beatles loved to experiment and it goes without saying that during their recording sessions, they came up with techniques almost unheard-of at the time. Like for this one, it features backwards guitar lines by Harrison. This is often cited as the first time backmasking was done on a recording. Although some people claim that the song is about the euphoria felt when one is high, Lennon revealed that it really was just about the joy of sleeping the day away. Journalist Maureen Cleave wrote this about Lennon, “He can sleep almost indefinitely, is probably the laziest person in England. ‘Physically lazy,’ he said. ‘I don’t mind writing or reading or watching or speaking, but sex is the only physical thing I can be bothered with any more’.”

One of the reasons why The Beatles’ music holds up well even after fifty years is because they broke new grounds when they recorded it. A Day in the Life is an example of a song way ahead of its time. It was a fitting conclusion to the tour de force that is Sgt. Pepper’s Lonely Hearts Club Band. It’s the result of another magical moment between songwriting partners Lennon and McCartney. A Day in the Life is a musical journey all by itself.

It’s full-on psychedelia and perhaps the reason why is because Lennon once claimed he wrote it under the influence of LSD. He said, “The first line was written on one acid trip one weekend, the second line on another acid trip the next weekend, and it was filled in after I met Yoko.” Even with so many other masterpieces, this is without a doubt, one of his greatest compositions.

We can never leave out this song when it comes to anything psychedelia. Whether the letters L,S, and D were pure coincidence or not, it’s difficult to argue that it could be about drugs. Lennon repeatedly explained that he found inspiration from a drawing his then-four-year old son Julian brought home from school. In 1980, however, Lennon said that he was inspired by Alice in Wonderland. Either way, the surrealism and imagery are simply stellar.

Another Lennon composition, he wrote it for six weeks while he was filming How I Won the War in Almería, Spain. It was a look back at his childhood because Strawberry Field was a Salvation Army children’s home near Lennon’s home in Liverpool. He also said that Strawberry Fields Forever was “one of the few true songs I ever wrote… They were the ones I really wrote from experience and not projecting myself into a situation and writing a nice story about it.” The Mellotron flute sounds made it more psychedelic.

When it comes to psychedelic rock, The Beatles were unrivaled. And Tomorrow Never Knows was a highlight on their 1966 album Revolver – the most suitable way to wrap up the monumental record. There was nothing quite like it. Lennon drew inspiration from his own experience with LSD and a book titled The Psychedelic Experience: A Manual Based on the Tibetan Book of the Dead by Timothy Leary, Richard Alpert and Ralph Metzner. He later said, “I took one of Ringo’s malapropisms as the title, to sort of take the edge off the heavy philosophical lyrics.”