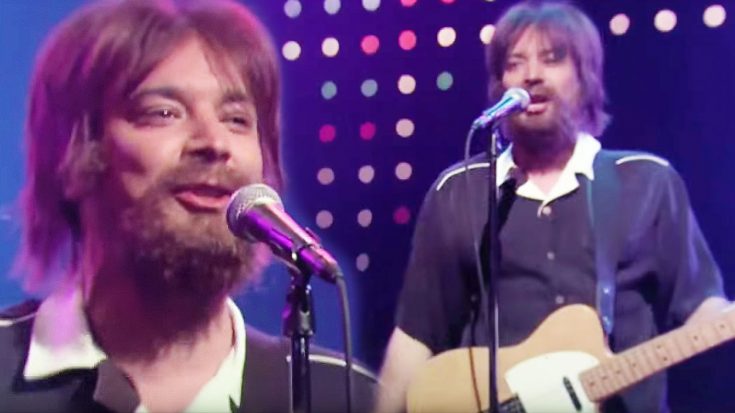 Images via YouTube channel The Tonight Show With Jimmy Fallon

Take those old records off the shelf!

One of the best parts of Jimmy Fallon’s talk show, are the comedy sketches that he does. One of his most popular sketches that he routinely does, are First Drafts of Rock N’ Roll. The sketch takes a classic rock song, and reworks the lyrics into what could have been a hilarious first draft of the song.

For this “first draft,” Fallon parodies Bob Seger’s “Old Time Rock N’ Roll,” and it’s drop dead hilarious! The first draft of this song, is basically repeating the first line “Just take those old records off the shelf,” over and over! Fallon basically sings about taking the records off the shelf, and then putting them back on! It’s pretty damn hilarious, and one of the funniest things we’ve seen. In addition to the great song, Fallon also dresses up exactly like Seger! You almost have to do a double take!

Fun Fact: This is one of the few songs Seger recorded that he didn’t write. It was written by the songwriters George Jackson and Thomas Jones, who worked for Muscle Shoals Sound Studios, where the song was recorded. Although Seger worked on the lyrics, he didn’t take any songwriting credit. This means that Seger doesn’t own the publishing rights to the song, and Jackson and Jones control when it is used in movies and commercials.

Check out the hilarious parody down below!