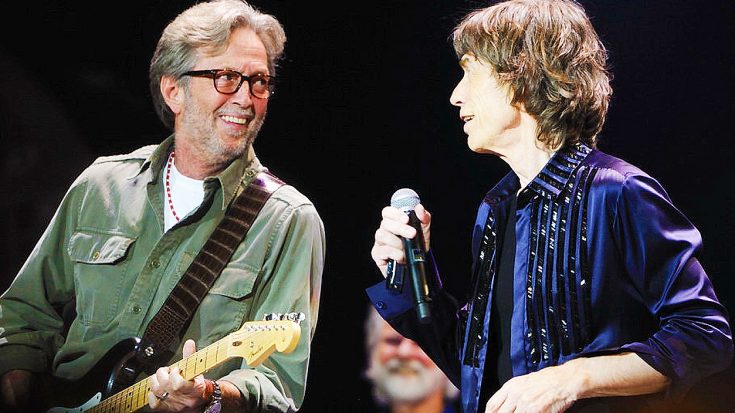 So many legends on just one song!

The 1960s and 70s were the best periods for rock n’ roll. Some of the greatest musicians ever emerged from that era, and two of the most notable are Eric Clapton and The Rolling Stones. Both created music that has outlasted numerous generations and resonated with all types of people.

Earlier this month, the Rolling Stones released their brand new cover album titled Blue and Lonesome. The album is a compilation of blues covers, which all sound incredibly authentic! For the song “I Can’t Quit You Baby,” the Stones brought in Eric Clapton to shred the song’s iconic guitar solo! With all of the health problems Eric’s been enduring lately, it’s awesome to hear him playing again, and shredding away! Right before the solo, you can hear Mick Jagger say, “Yeah, go Eric!” It’s an awesome little extra you can hear that they threw in to an amazing song!

Check out the amazing song and show the Stones and Clapton some love!