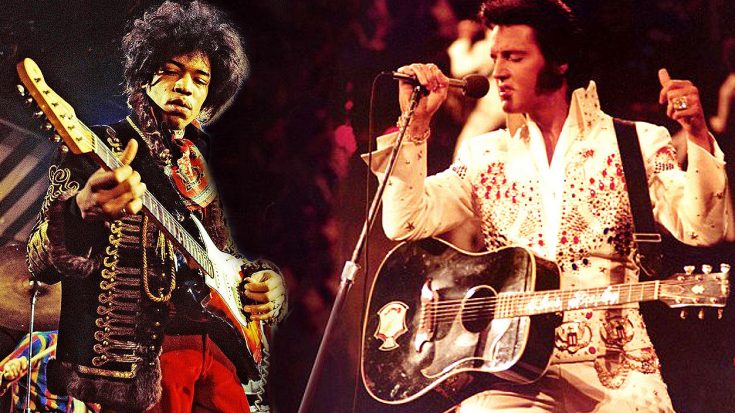 Jimi Was Always Down For A Pre-Show Jam Session!

In this incredibly rare and exclusive footage, Jimi Hendrix is hanging out backstage when he picks up an acoustic guitar. A few girls approach Hendrix, and he busts out into an epic rendition of Elvis Presley’s “Hound Dog.” Jimi reworks the classic tune to make it his own. He takes the classic Rockabilly song and revamps it into a more rock driven tune! The result is pretty fantastic, and we wish that Jimi had covered the song with his full band so we could truly hear how he interpreted it!

Fun Fact: Elvis used the same lyrics in “Hound Dog”, which differed from the Big Mama Thornton original. In this approach to the song, Elvis is acting disappointed with his lover and repeating the lyrics, “Well, they said you was high-classed, but that was just a lie” six times. In Thornton’s original, she sings the line twice as “You told me you was high class, but I can see through that.

As far as the two ladies go, they flirt with Hendrix throughout the entire jam, and if memory serves correct, one of them might be Kathy Etchingham, Jimi’s girlfriend in the 60s. This footage is incredible, and we’re so glad we’ve dug it up!

Enjoy the footage for yourself down below!