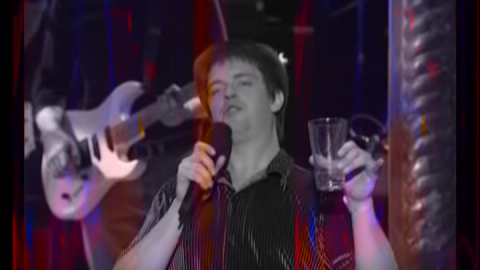 So Good And So True!

Let’s all take a moment to appreciate the six-pack abs we got from laughing at this. Ha! But hey, that voice might just land him an offer to take Brian Johnson’s place in AC/DC. If he were a tad shorter, he’d also make a great Angus Young. He busted out some pretty serious moves and antics. LMAO. One thing’s for sure, we’ll never listen to ‘Hokey Pokey’ the same way again. Every time you play that song, somewhere out there, Jim Breuer is laughing is butt off.

But did you know this famous impression paid off? Brian, the rock god himself, heard about it and he invited Jim to sing with him onstage. During the benefit concert held on July 17, 2007; the audience was treated to an unforgettable surprise from the AC/DC frontman when Jim came up to join him. And of course, Jim being Jim, it was nothing short of hilarious. Now that was one epic duet!