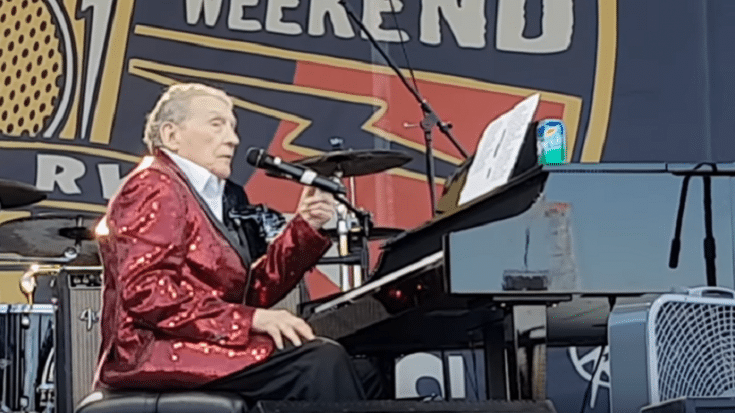 He Also Played The Piano Again

After suffering from stroke last year which convinced him that he could no longer play the piano, Jerry Lee Lewis reveals that he just finished recording a new album. In 2019, he spent three months in rehab after he was left with mobility issues. He even had to learn how to walk again.

But on January, the 84-year old rocker went into a recording studio to record his vocals. He also instructed the producer T-Bone Burnett and the rest of his team that he didn’t want to see a piano in the room because he couldn’t use his right hand. But fortunately for everyone, they left the piano and when Lewis tried playing the keys, he was surprised to find that he could move them.

Burnett was “in shock”. He added, “He went from saying, ‘I can’t play piano,’ to sitting down, picking up his right hand and playing. His family all welled up. That’s the power of love, you know?”

Other details about the album are yet to be announced.