Jeff Lynne Surprised That He Is Touring Again 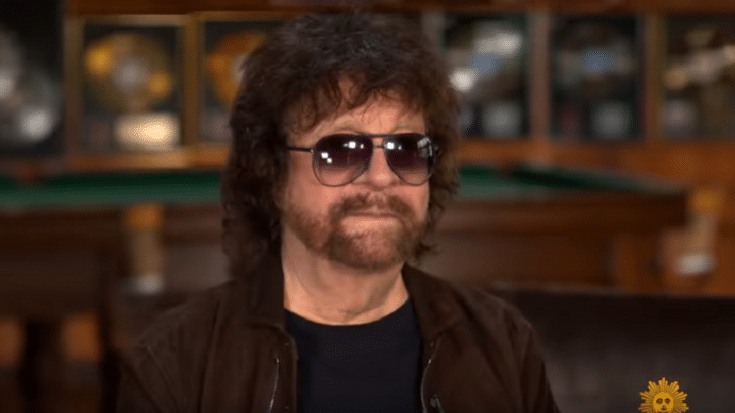 Ahead of the release of Electric Light Orchestra’s new album “From Out of Nowhere”, Jeff Lynne sat down for an interview with Variety.

He disbanded ELO back in 1986 but a few decades later, they’re back performing in front of thousands of fans. Lynne revealed that he was surprised himself that he’s back on the road and touring again. He said, “I don’t know what happened. I just got talked into it (performing live), by somebody on the radio (in 2013, in England) — it was for charity, and we only had two numbers. That’s all we practiced for, so we had to do “Mr. Blue Sky” twice, because we hadn’t learned enough songs for the encore. But it went down so great that then the BBC invited us to the Hyde Park concert for Radio 2 (in 2014), and that’s what got us started, really.”

He continued, “Then people started wanting us to tour and to go all around the world, and we have. The crowds have been just beyond belief, beyond what I ever imagined that it would be. The group is fantastic; they’re all brilliant players. And I’m in it as well, but that’s unfortunate. [Laughs.] But you can’t have everything. I hear it later each night, and it sounds really good — a big, posh sound.”

“From Out Of Nowhere” was released on November 1st.