Jeff Beck Passed Away At 78 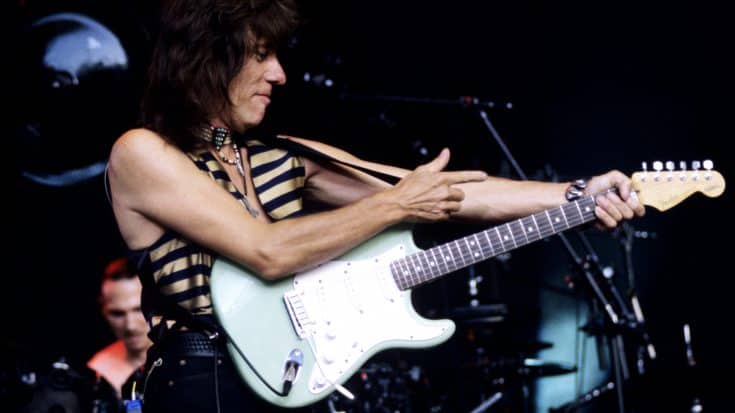 Jeff Beck, a well-known rockstar and guitar genius, has passed away at age 78.

In an official statement of the guitarist’s publicity firm, it says:

“On behalf of his family, it is with deep and profound sadness that we share the news of Jeff Beck’s passing. After suddenly contracting bacterial meningitis, he peacefully passed away yesterday. His family ask for privacy while they process this tremendous loss.”

Beck rose to fame when he became a member of the Yardbirds as a replacement for Eric Clapton. During his tenure in the band between 1965 to 1966, Yardbirds made several Top 10 hits in their native United Kingdom.

Despite his innovative use of feedback, distortion, and fuzz contributing a lot to set the stage for the late-’60s psychedelic revolution, it jeopardized his relationship with his bandmates. In a 2015 interview, the Yardbirds drummer Jim McCarty said:

“Jeff Beck was a great addition to the band after Eric had left, and it was he mainly who was responsible for taking those blues ideas into a different world of crazy sounds, feedback and irreverence.

“Jeff was a pretty wild character, very highly strung and unpredictable. When it worked with him it was great, but [he] could be very difficult.”

However, Beck was ousted from the band when he did not show on a Dick Clark-sponsored U.S. tour. After this event, he then decided to pursue his own solo career. Beck initiated the Jeff Beck Group, which included Rod Stewart on vocals and Ron Wood on bass. By 1973, Beck became part of the Beck, Bogert & Appice. On these short-lived groups he both formed, it gave Beck a taste of success even though they did not last long.

After these disbandments, Beck once again performed on his own. In 1975, he enjoyed his biggest solo success to date with 1975’s Blow by Blow. During the span of his career, he also did lead guitar roles on several songs on Jon Bon Jovi’s debut solo album, Blaze of Glory, including the chart-topping title track. He also contributed to Roger Waters’ 1992 solo album Amused to Death and Kate Bush’s 1993 album The Red Shoes.

Interestingly, Beck even got inducted into the Rock & Roll Hall of Fame as a member of the Yardbirds in 1992. He said that time:

“Somebody told me I should be proud tonight, but I’m not – because they kicked me out. They did! Fuck them!”

Beck also won seven Grammy awards during his lifetime. Six of it was for Best Rock Instrumental Performance and one for Best Pop Collaboration With Vocals. By 2009, he was inducted into the Rock Hall as a solo artist.