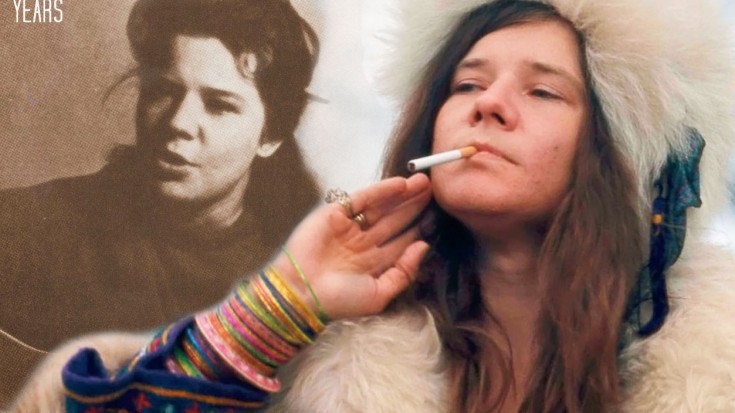 At this point, we’re so used to Janis Joplin’s assaultive vocal style that to hear that incredible voice subdued is quite a strange thing. Before Janis got her start with Big Brother and The Holding Company, she showcased her country blues roots at small venues in Texas with songs like Hoyt Axton’s ‘I Ain’t Gotta Worry’.

At first listen, it doesn’t even sound like Janis! She’s singing so softly and in such a restrained fashion that you’re just waiting for her to shake off the nerves and put her signature soulful, bluesy spin on the song!

This Hoyt Axton cover came during a period in Janis’ life when she tried to fit in. She moved back to Port Arthur, adopted a beehive hairstyle, enrolled in college and got engaged to a longtime boyfriend.

No wonder she’s so subdued – I can’t even imagine what it was like to try and be something she wasn’t and never wanted to be. ‘I Ain’t Gotta Worry’ is such a great glimpse into this period of Janis Joplin’s life – while it’s a great song and her voice is still amazing, I think it’s safe to say that we all loved Janis for who she was, big voice and all!