Janis Joplin’s First Ever German Concert Will Blow You Away 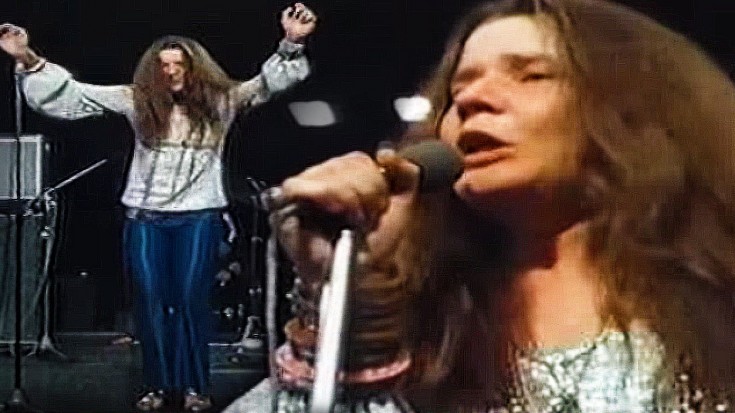 In 1969, Janis Joplin took her psychedelia-infused brand of soul singing to Europe, where she performed ‘Try (Just A Little Bit Harder)’ before an adoring crowd in Frankfurt, Germany. One of the few live performances that feature the Port Arthur songstress at the height of her short career, this is one for the ages, and for good reason: it’s absolutely outstanding!

Janis is 26 and draped in a silver, glittery top with her long, reddish brown hair draped over her shoulders and she manages to look both incredibly at ease and incredibly tense at the same time; watching her at rest almost seems like a cardinal sin when you see her come to life for ‘Try’, channeling that nervous energy into an absolutely incredible stage performance.

Though this performance in Europe was a one off, it goes down in music history as one of Joplin’s most iconic. Between the crowd who could hardly contain their excitement and rushed the stage to dance with Janis, and the unquestionably powerhouse performance given by Janis and her Kozmic Blues Band, one thing is clear: if this was Janis at her clear-headed, happy best at only 26, then the world definitely lost out on seeing what else the songstress was capable of in her later years.